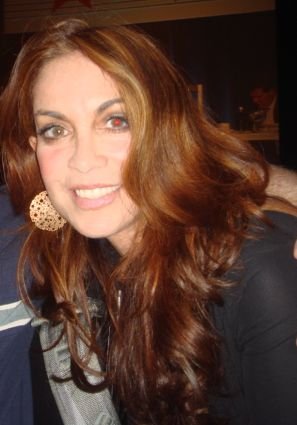 The Million Muslim March planned for Sept. 11 in Washington, D.C., has been getting a great deal of publicity. This cynical and manipulative event is an attempt to obscure the reality of what happened on 9/11, portray Muslims as victims and intimidate government and law enforcement officials into ending surveillance of suspected jihadists. It’s a victory “victimhood” march. Where is the Million Muslim March against jihad? Ethnic cleansing? Shariah?
But we’re not going to let them take over 9/11. My organization, the American Freedom Defense Initiative, or AFDI, along with a group of 9/11 family members and noted human rights activists, is holding a joint press conference and memorial service at Ground Zero in New York City on Sept. 11.
Our memorial and press conference puts the focus back where it should be: on the victims of 9/11, and our need to be vigilant in the face of the ongoing jihad threat.
The memorial and press conference will begin at 1 p.m. at the southwest corner of Zuccotti Park, at Church and Cedar streets in lower Manhattan. Zuccotti Park’s owners, Brookfield Properties, accepted our permit for our rally in June 2010 and then pulled it after hearing that it was us, protesting the Ground Zero Mosque. But they allowed Occupy Wall Street to live there like pigs for months, raping, stealing and more. And now again, Brookfield Properties is holding up our permit. Mayor Bloomberg’s office pulled those strings through his girlfriend, Diana L. Taylor, who at that time was a member of Brookfield’s board of directors.
Pamela Geller’s commitment to freedom from jihad and Shariah shines forth in her books – featured at the WND Superstore
But we will be there, no matter what. I’ll be hosting the press conference along with my colleague, the noted scholar of Islam Robert Spencer. Featured speakers will be 9/11 family member Nelly Braginsky, 9/11 first responder Alan T. DeVona, Sudanese human rights activist Simon Deng and Coptic Christian human rights activist Ashraf Ramelah.
Nelly Braginsky is the mother of Alexander Braginsky, who was killed at the World Trade Center on 9/11. Alan T. DeVona was the Port Authority Police Department World Trade Center Patrol Sergeant at the time of the 9/11 jihad attack.
Deng, a former slave in Sudan, and Ramelah, the international director of Voice of the Copts, will explain how the appeasement of jihadists and Islamic supremacists, such as is represented by the direction of the National September 11 Memorial and Museum, only aids and abets the wholesale persecution of non-Muslims in Sudan, Egypt and elsewhere.
The press conference will advocate for the honorable and respectful interment of unidentified 9/11 human remains at Ground Zero – not inside the museum, as planned. Nearly a decade ago, 9/11 families were promised in writing by the Lower Manhattan Development Corporation in 2003 that these remains would be located in a “separate and distinct repository – separate from any museum or visitor center.” But city officials and the museum directors reneged on that promise and plan to place 9,000 unidentified remains 70 feet (seven stories) below ground – where their relatives will be charged $25 admission to visit.
The press conference will also address the non-patriotic theme of the National September 11 Memorial and Museum, including the absence of American flags on the site (there is only one flag at the site, and that one was originally put up by construction workers and then moved to the edge of the site, where it can barely be seen at all). This is consistent with National September 11 Memorial and Museum Creative Director Michael Shulan’s initial rejection of the iconic flag-raising photo in the museum, complaining that it was “too rah-rah American.”
Press conference speakers will also note the fact that the photos of the 9/11 jihad terrorists, plus their martyrdom quotes, will be prominently displayed in the museum, while information on the victims will be in a kiosk, much less prominently displayed. The victims’ photos will be 12 feet above the floor on one wall (3,000-plus photos), while those of the 19 jihadis will have their own wall, with their murderous statements and artifacts at eye level.
Sept. 11 family member Sally Regenhard, who lost her only son, a firefighter, wrote: “The ‘pay to grieve’ 9/11 museum is a national disgrace 9/11 family members never wanted a billion-dollar money pit. All we hoped for was a simple, uplifting, honorable and patriotic memorial for all who were lost that terrible September day. Instead, those who want to pay their respects will have to pay Bloomberg & Co.”
We will be calling upon the federal government to take over the administration of the National September 11 Memorial and Museum. It should be a national museum. Sept. 11 family members should not have to pay $25 to visit the remains of 9,000 victims deep underground.
This is a scandal of immense proportions. The museum must be turned over to patriots. Now. And every American who is able to come should be at Ground Zero with us on 9/11.