The Assault of Free Speech on University Campuses. By Joe David 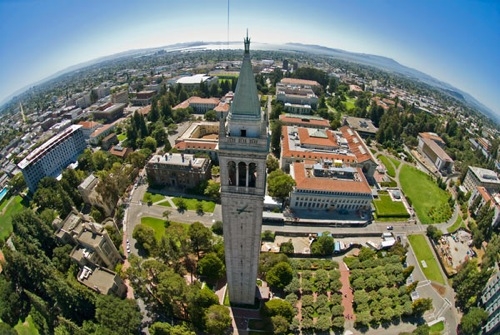 Over a thousand angry students at the University of California–Berkeley recently welcomed an invited conservative speaker to their campus by staging a noisy reception, which caused an estimated $100,000 in property damage. Some believe the reception was well-funded and organized, and it was another planned campus disorder aimed at silencing free speech in America.
True or false, such disruptive behavior on U.S. campuses is rapidly becoming the norm in America, staged by radical students and faculty who are furiously attempting to silence any views that don’t advance their political or social agenda.
“When the well-funded left finds it impossible to silence others with political correctness and classroom indoctrination,” Joe David, author of the controversial novel, The Fire Within, said. “it does the next best thing. It escalates its action to riot levels. This appears to be the next step in the grand plan to ‘change’ and bring ‘hope’ to America. The success of this growing campaign can be seen everywhere. In just the short time Donald Trump has been president, America has been blasted with hateful rhetoric from all corners of society, from the dingy shores of Hollywood to the swamps of Washington.”
For a civilized society to survive, David believes, it must respect free speech, something the left only does when it applies to their views. “But when the views swing too much to the right or when the evidence exposes the irrationality and mendacity behind the left’s words, it becomes another matter, and they fly into action, which can result in anything, from a blast of hatred in a classroom to a genuine riot with looting, assault and destruction of property,” the author said. “The frightening thing about all this intolerance is that it has seeped into all our schools, where it is rapidly destroying the sensibilities of our students.”
“The attack against the conservative movement – which is attempting to revive common sense practices – reminds me of the rise of the Third Reich,” David said, “when violent and random attacks were led by the Brownshirts against targeted groups, defined as objectionable. What makes this similarity horrifying, while America’s angry left is protesting and rioting, the media is addressing the problem in a low-key voice, with pundits reinforcing generously the madness of left, while our government, which has the strength to end the rioting, merely watches passively. Will President Donald Trump be able to end this madness with his leadership? Apparently the left thinks so; that may explain why it has been opposing him so aggressively.”
David believes America will split in two, if we don’t end this resistance to civility. In his recently re-released novel, The Fire Within, the author examines the rise of the angry left in the schools and reveals the philosophical roots, planted in students’ minds since kindergarten, contributing to this epidemic of hate so widespread today. “We must end this spread of intolerance, if we want to have a healthy future for our children and our country,” David said. “And the time is now by giving close attention to the cause: The American Education System!”