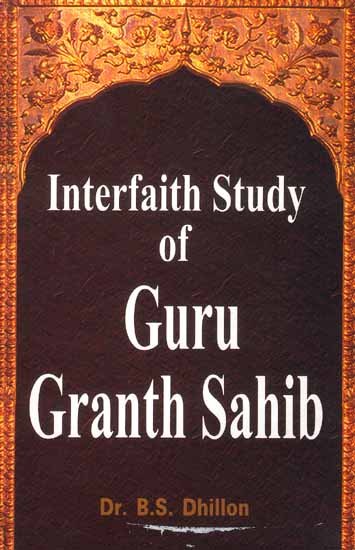 In the various secular disciplines no writer ever thinks twice about quoting an author who happens to belong to a religion or community different from his. A scholar editing a book on, say, anatomy or sociology, would not hesitate to include in it a well-researched article by someone just because this person believes in a different faith or is a member of a different ethnic group. His religion or ethnicity is not considered a barrier to acknowledging and gaining from his wisdom. In these disciplines, beneficial knowledge is freely and unhesitatingly adopted, no matter what the source may be.
But that is not very often the case when it comes to religious writings. This point can easily be verified by doing a content analysis of such writings. If you take a sample of magazines published by various religious groups, you would discover that, barring in the case of some mystically-oriented and therefore more open-minded ones, almost all of those who write in them belong to the particular religious community that the magazine is associated with. You would also find that in these writings, authors rarely, if ever, approvingly cite the religious views of writers who happen to belong to a faith community other than their own.
This marked tendency of restricting the understanding of religious truth to just the understandings of members of one’s own particular religious community works to solidify inter-religious and inter-community divides. It reinforces the unfortunate tendency to imagine that truth is the monopoly of just one faith tradition—the one that one claims to follow. It also deprives people of the rich spiritual treasures that are contained in traditions other than the one that they may identify with.
We live today at a time when at the global level members of faith communities are in greater proximity than ever before. Hence, the pressing need for actively promoting harmonious relations between people of different faiths. This, in turn, critically depends on our ability and willingness to discover and appreciate goodness and wisdom no matter where we find it, even among members of communities other than the one we might consider our own.
In this regard, the Guru Granth Sahib, the Sikh scripture, has some very valuable lessons to teach us. Long before the advent of the modern interfaith movement that began to encourage people to appreciate wisdom from people outside their own faith community, this scripture set a beautiful example of true universality: it incorporated devotional verses by numerous devotees of God from different caste and community backgrounds. All these verses taken together form the Shri Guru Granth Sahib.
In his aptly-titled booklet, The Interfaith Guru: Shri Guru Granth Sahib, Nanak Singh Nishter, director of a Sikh centre for interfaith relations based in Hyderabad, writes that “Oneness of religions, oneness of mankind, and oneness of God” is “the basic theme” of the Shri Guru Granth Sahib. This scripture consists of verses by many devotees of God—six Sikh Gurus, seven saints of Muslim background, twenty saints of Hindu background (born into different castes and in different parts of India), some saints of so-called ‘low’ caste background, and one Sikh. If you consider the fact that at the time when the Shri Guru Granth Sahib was compiled, Hindu-Muslim conflict was rife in large parts of India and so was discrimination against the so-called ‘low’ castes, the fact of the multi-religious and multi-caste composition of the Sikh scripture appears as nothing short of revolutionary.
Rooted in love for God and for all His creatures, the common message of the saints whose compositions are included in the Shri Guru Granth Sahib is of course eminently noteworthy, being of perennial relevance. But what is equally remarkable is the very fact of the compositions of these men of God from diverse religious and caste backgrounds being accepted as equally Divinely-inspired so that they were brought together in a single volume as a scripture that is regarded as a Guru. This aspect of the Sikh scripture is a beautiful expression of a very basic teachings of the Sikh Gurus—the oneness of all humankind, transcending manmade boundaries of creed and caste. In itself this feature of this scripture sends out some incredibly powerful messages: that Truth is universal and One, and that although Truth may be expressed in different ways by people from different social backgrounds, it transcends humanly-constructed divisions of language, name and form, and caste, community and creed; that spiritual wisdom should be honoured wherever it may be found; that in Go’s eyes there is no special caste or religious community; that true devotees of God can be found in any and every caste, ethnic, religious and linguistic community; that caste and creed are no barrier in realizing God; that even though we may have been born into some or the other caste or religious community, we are essentially the same, being creatures of the One God.
The fact of the multi-caste and multi-religious background of the saints whose compositions are included in the Shri Guru Granth Sahib is of immense contemporary significance, at a time when bridge-building between different communities has become a global necessity. It can inspire us to go beyond narrow concern with the particular faith communities that we may identify with and to willingly acknowledge the ample goodness in people of other communities too. It can lead us to discover, appreciate and consider as our own the great wisdom to be found in diverse spiritual paths, in traditions and communities other than the ones we may identify with.
If all of this happens on a sufficiently large scale, imagine what a beautiful impact it could have on inter-community relations, and on the state of the world in general!