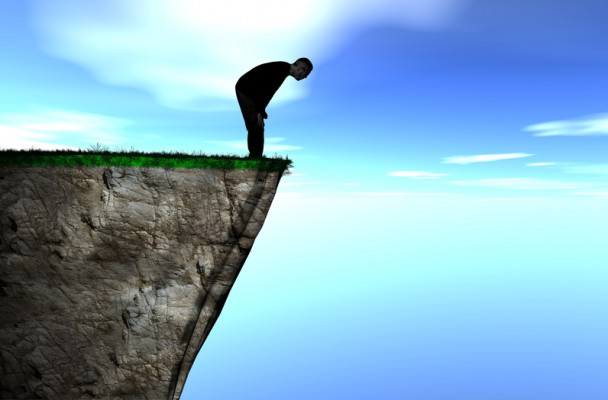 We are facing a global plague of violence and violent incitement – every hour, every day, with horrific violence every single day around the world. This path of uncontrolled hate and blood lust is leading America and the world towards a war unlike one we have never seen in modern times. People of conscience must stand up and say STOP IT.
The idea behind “beheading” is to deny another person’s identity as a human being. This belief that we can deny the very humanity of people who are different is one of the most fundamental attacks on human rights possible.
The violent horror of beheading is to de-humanize another human being, to remove their human identity, and to leave them as nothing more than a “label.” It is the ultimate violation of human integrity. To suggest that this provides a “comedic” message, “art,” or a “truth,” demonstrates how deep the cancer of hate has reached into the soul of our society. Once we have reduced “the other” to just a label, then human rights, dignity, even human decency, is too expendable. By beheading another being from their human identity, hate allows those in society to embrace a sociopathic vision that denies the right to individuality, differences, distinction, disagreement, among others. It is symbolic of the cancer of hate infecting too much of the human race today.
If there are no consequences for such hate threats and incitement to violence, what human rights will our law enforcement defend? These are not just threats to kill, but to actually de-humanize others. If it is acceptable to threaten to behead another human being, and remove their very humanity, what is to keep the legal dam of uncontrolled violent threats from ripping the nation and the world apart?
When faced with grave threats to human rights and human dignity, there must be a moment for decisiveness. There must be a moment where people of conscience say: this has gone far enough. Yet as too much of society skips recklessly along the brink of disaster, we see many of our societal leaders dithering. We our Justice Community incapable of offering confidence in protecting our public. We see a global media, which ignores the disastrous consequences of rationalizing and normalizing open incitement to violence.
In the United States of America and countries around the world, we increasingly creep towards a tribalist view of justice and human rights. Too many continue to walk towards a tribalist precipice where basic law, basic respect for human safety, even the most fundamental human rights, will only be defended for and the law enforced for those who represent “our” tribe versus “their” tribe, whoever that race, religion, political, or identity group may be. We see calls for laws to be enforced only against those people that tribal mobs don’t like or agree with. Abandoning justice and integrity, politicizing law and law enforcement, only leads our societies to greater division, and attacks on basic social cohesion. We are witnessing a devolving public society into groups of tribal mobs, where might makes right, without mercy, without pause, without conscience. It is a dark path that too many are pursuing, fueled by hatred and contempt.
The match of hate can burn bright and fast. But the advocates of hate will find that they cannot control the ravenous hunger of the flames of social destruction. The tribes of destruction will ultimately find themselves among the destroyed as well.
We do not just support our Universal Human Rights to be compassionate and merciful. We also support Universal Human Rights because we MUST; our societal cohesion and survival depends on such shared Human Rights and dignity – for ALL of us – not just as individual tribes, cities, and nations, but as a human race.
It’s not just a good idea. It’s not just a worthy cause or ideal. The reality is, for our shared survival, we