Would Bernie Sanders Vote for Jesus? By Jim Denison 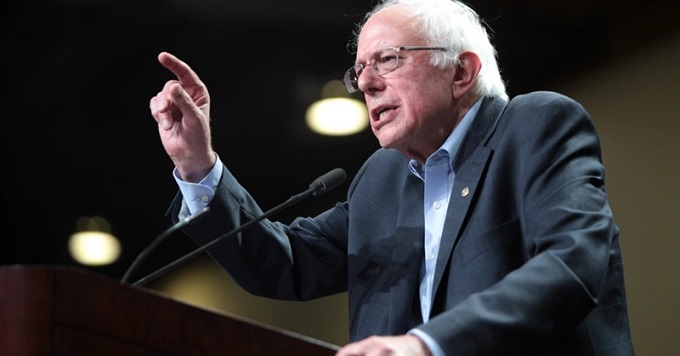 President Trump has nominated Russell Vought as deputy director of the White House Office of Management and Budget. Last year, Vought wrote a blog post in which he stated, “Muslims do not simply have a deficient theology. They do not know God because they have rejected Jesus Christ his Son, and they stand condemned.”
Senator and former presidential candidate Bernie Sanders is opposing Vought’s nomination, calling his blog post “indefensible.” In Sanders’s view, “It is hateful. It is Islamophobic. And it is an insult to over a billion Muslims throughout the world.” He then stated, “This nominee is really not someone who is what this country is supposed to be about.”
Southern Baptist ethicist Russell Moore rightly notes that Sanders completely ignores Article VI of the US Constitution, which states, “No religious Test shall ever be required as a Qualification to any Office or public Trust under the United States.” Sanders has no right to oppose Vought’s nomination on the basis of the candidate’s personal religious beliefs. The senator’s position is clearly unconstitutional.
Here’s another reason Sanders’s opposition is so significant: by his standard, Jesus could not serve in American public office. Our Lord said of himself, “Whoever believes in him is not condemned, but whoever does not believe is condemned already, because he has not believed in the name of the only Son of God” (John 3:18). Muslims, while they consider Jesus to be a great prophet, emphatically deny that he is the Son of God: “Jesus was no more than a mortal whom Allah favored and made an example to the Israelites” (Qur’an 43:59).
So Jesus would agree with Russell Vought that Muslims “stand condemned.” Would Bernie Sanders vote against Jesus for public office?
Andrew Bacevich’s fascinating recent article in Commonweal describes our culture well: “Anything that enlarges choice is commendable,” while “anything that inhibits choice calls for critical examination.” From abortion to euthanasia, personal freedom reigns supreme. Claiming that a religion or moral position is objectively wrong violates our oxymoronic commitment to subjective truth.
As a result, we can expect Christians who stand for objective biblical truth to face increasing opposition in American life. Pastor and professor James Emery White is right: “In current American culture, you are free to be a Christian as long as you don’t actually live out your faith, vote your faith, take a stand in relation to your faith, or believe others should embrace your faith.”
White cites a visit to the Vatican by British Cabinet Minister Baroness Warsi, who stated: “My fear today is that a militant secularization is taking hold of our societies . . . one of the most worrying aspects about this militant secularization is that at its core and in its instincts it is deeply intolerant. It demonstrates similar traits to totalitarian regimes—denying people the right to a religious identity. . . . You cannot extract Christian foundations from the evolution of our nations any more than you can erase the spires from our landscape.”
White concludes, “And before anyone says, ‘There’s another alarmist Christian right-winger for you,’ think again. Sayeeda Warsi is a Muslim.”
Peter said of Jesus, “There is no other name under heaven given among men by which we must be saved” (Acts 4:12). If you agree, will your witness match your theology today?
(Christianheadline)