Spice it up with cinnamon to tackle metabolic syndrome. By Shobha Shukla 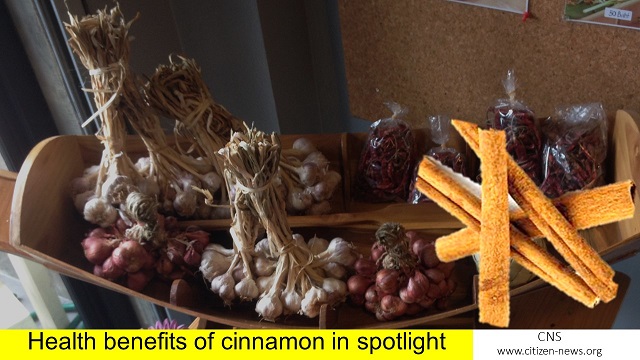 Metabolic syndrome is a cluster of conditions that occur due to imbalance of the body’s structural and biochemical processes which determine its metabolic functioning. It results in disorders like insulin resistance, clustering of abdominal obesity, high blood lipids, high blood sugar and hypertension, and increased risk of clotting, predisposing individuals to diabetes, stroke and coronary heart diseases.
Individuals with metabolic syndrome are five times more likely to develop Type 2 diabetes mellitus (T2DM) and three times more likely to have a heart attack or stroke compared to people without it. They are also twice as more susceptible to die from T2DM and heart attack or stroke. We Indians have a much greater propensity to develop multiple metabolic problems, leading to diabetes at an early age. In fact nearly 33% of the urban Indian population in India suffers from metabolic syndrome.
A first-of-its-kind study, conducted by the National Diabetes, Obesity & Cholesterol Foundation (N-DOC), Institute of Home Economics (University of Delhi) and Fortis CDOC Hospital for Diabetes and Allied Sciences, (and published in the June 2017 issue of the international medical journal, Lipids in Health and Diseases, USA), investigated the effect of oral cinnamon consumption on metabolic parameters of Asian Indians with metabolic syndrome. A single supplement intervention with 3 g cinnamon for 16 weeks resulted in significant improvements in all components of metabolic syndrome in the study participants and significantly reduced the overall prevalence of defined metabolic syndrome in the intervention group by 34.5% as against 5.2% in the placebo group.
This 16 week double blind randomised control study was done on 116 Asian Indians (64 men and 52 women having a mean age of 44.8 ± 7.8 years) with metabolic syndrome. The criteria recommended for Asian Indians was used for identifying individuals with metabolic syndrome—the presence of at least three of the five components of abdominal obesity, high serum triglycerides, low HDL-C, dysglycemia and hypertension. All the study participants were newly diagnosed and treatment naïve.
The participants were randomized to two dietary intervention groups of 58 each—the test group and the placebo/control group. At baseline, there was no significant difference between the two groups in characteristics like multiple metabolic abnormalities, abdominal obesity, high triglycerides, low HDL, high blood sugar, and high blood pressure; except for weight and body mass index (BMI). The mean weight and BMI (89.1 ± 14.1 kg; 33.6 ± 5.4 kg/m2) were higher in the test group as compared to the placebo group.
The test group received the intervention of cinnamon (3 grams) in the form of 6 capsules per day— 2 post every meal i.e. breakfast, lunch and dinner— along with diet and lifestyle related counselling.
The placebo group received whole wheat flour (2.5 grams) in the form of 6 capsules per day— 2 post every meal i.e. breakfast, lunch and dinner— along with diet and lifestyle related counselling.
After 16 weeks, body composition, blood pressure and metabolic parameters of participants were re-assessed. The test group, consuming cinnamon capsules, showed the following health benefits in comparison to the control group:
- Weight decreased by 3.8% (from 89.1 kg to 85.6 kg);
- BMI reduced by 3.9% (from 33.6 kg/m2 to 32.3 kg/m2);
- Body Fat reduced by 4.3%
- Blood pressure improved significantly—systolic by 9.7% and diastolic pressure by 9.1%
- Fasting blood glucose decreased by 7.1% (from 102.7 mg/dl to 95 mg/dl) Post prandial glucose decreased by 6.8% (from 134.6 mg/dl to 124.9 mg/dl)
- Glycosylated haemoglobin (HbA1c) decreased by 5.9% (from 6.1 to 5.7) Serum total cholesterol decreased by 20.9% (from 201.9 mg/dl to 181.3 mg/dl)—low-density lipoprotein cholesterol (LDL) decreased by 12.9% (from 133.6 mg/dl to 116.2 mg/dl) and high-density lipoprotein cholesterol (HDL) increased by 6.2% (from 37.5 mg/dl to 39.8 mg/dl
- Triglycerides decreased by 16.1% (from 174.9 mg/dl to 146.7 mg/dl)
- The overall prevalence of metabolic syndrome reduced by 34.5% in the intervention group as against 5.2% in the placebo group.
Dr. Seema Puri, lead author of the study and Associate Professor at Institute of Home Economics, Delhi University, said to CNS (Citizen News Service) that simple functional foods can have tremendous health benefits. Cinnamon is a spice which is commonly used in Indian cooking and hence can be easily incorporated in the daily diet. A simple dietary intervention with cinnamon can lead to multiple health benefits which are useful for prevention and management of metabolic syndrome, type 2 diabetes and cardiovascular disease in Asian Indians who are markedly predisposed to develop these problems. Also, besides decrease in various parameters including abdominal obesity which decrease heart attack risk, increase in HDL by about 2 mg/dl would lead to decrease heart attack risk by 10%.
Dr. Anoop Misra, Director, National Diabetes Obesity and Cholesterol Foundation and Chairman, Fortis CDOC Hospital for diabetes, and one of the authors of the study, said to CNS (Citizen News Service) that, “Purported beneficial properties of traditional Indian herbs and spices need to be proven on anvil of hard scientific methods. Looking at the results of our robust scientific study, I can say with confidence that cinnamon should be included in meals by all adult Indians, and particularly those who have multiple metabolic risk factors or diabetes.”
(Shobha Shukla is the award-winning Managing Editor of CNS (Citizen News Service) and has written extensively on health and gender justice over decades. Follow her on Twitter @Shobha1Shukla or visit CNS: www.citizen-news.org)