North Korea Crimes Against Humanity and Weapons of Mass Destruction. By Jeffrey Imm 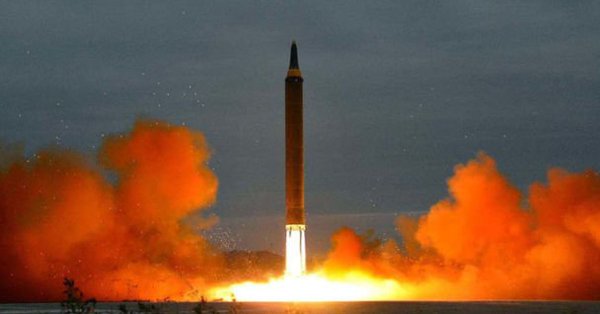 On March 24, 2017, the U.N. Human Rights Council passed a resolution (without a vote) to authorize the use of criminal justice experts to develop legal approaches in the eventual prosecution of North Korea for these crimes against humanity. Yet nothing has happened on this, and in the interim, the Communist North Korea totalitarian nation accused of such Crimes Against Humanity continue to develop more and more advanced nuclear weapons of mass destruction.
The protracted history of Communist North Korea's totalitarian government, its use of an ethnic nationalism based on minjok concept of racial superiority (analyst Brian Myers calls it "race-based paranoid nationalism"), and its well-documented Crimes Against Humanity must be taken seriously as a priority by the international community. The idea that Communist North Korea is being permitted, due to the continuing failure of Communist China and Russia to act on serious sanctions and international law, to stop the growth of such Crimes Against Humanity, while simultaneously failing to stop Communist North Korea's ambitions for nuclear weapons of mass destruction, is nothing less than contempt for international human rights and security. The growing threats by Communist North Korea to commit attacks on Japan, South Korea, the United States, and any others that might halt its aggressive ambitions, must be challenged and rejected.
R.E.A.L. calls upon the international community, including Communist China and Russia, to take meaningful and significant steps to stop the nuclear weapons of mass destruction sought by North Korea, which has been documented in committing Crimes Against Humanity.
R.E.A.L. calls upon the people in North Korea to reject the direction of their leaders in seeking to make war and violence against the world, and to sacrifice the lives of North Korea people as acceptable. Such calls for violence and threats are an attack on our shared human rights, and the North Korea public who have long suffered under terrible conditions deserve the same basic human rights as the rest of the world's public, under our shared universal human rights. Our human rights of security are not the right to threaten to attack and destroy people and nations around the world. R.E.A.L. urges the North Korea public to call for an end to these threats and calls for violence.
Choose Love, Not Hate. Love Wins.