Who is running Pakistan today? By Manzoor Ahmed 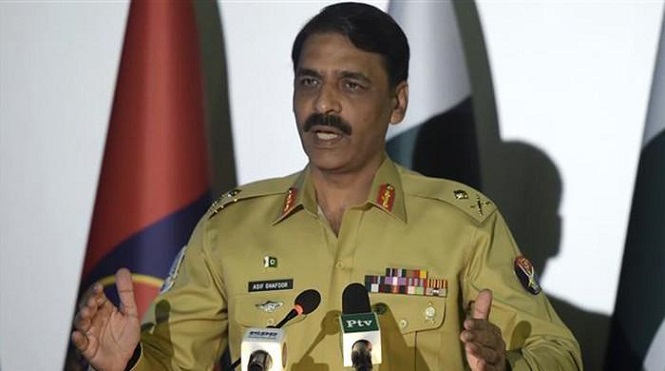 Even by Pakistani standards, it is a strange phenomenon that has enveloped the country—it is like a train without a driver, or a chicken without a head. An elected Prime Minister was forced into oblivion on corruption charges, with the combined might of the judiciary and the military targeting to break the Sharif family’s hold on politics in Punjab and elsewhere.
The man in the Prime Minister’s saddle is Shahid Khaqan Abbasi, a former engineer who strayed into politics and have shifted alliances in the short career. By all accounts, he is an interim arrangement till Nawaz Sharif is either done in by the judiciary or manages to get himself exonerated. The former looks more like a possibility than the latter. He has been in the seat since August this year and ever since has been running around, to Washington and back, to prove that his country was not a terrorist state. Can anyone really take him seriously?
Then who is running the show? The answer should be obvious: The Generals. The Generals are not shy of boasting about it either. The army chief, General Qamar Javed Bajwa has been moving about and making `statesman-like` statements now and then to show that who is in charge. But the real clincher of this state was the elaborate press conference held by the Director General of Inter-Services Public Relations (ISPR) in the first week of October. The ISPR is Pakistan Army’s HMV (His Master’s Voice).
There was no provocation for such a media meet. The Generals were not under any threat. The country was not in a crisis more than what it has always been experiencing. No one knows what made the Generals field Maj Gen Asif Ghafoor, Director General, ISPR, to tell the world about their position on everything under the sun. This is how the Major General opened his proclamations--"Pakistan is an indispensable reality. When multiple interests collide, it is natural that conflicts arise." What this gobbledygook means is that Pakistan is not going to change, whether anyone likes it or not.
It was how he framed his defence of the Army and its acts since the jihad days. He then went on to justify all acts of violence perpetrated by the army and its proxies ever since Afghanistan became a battleground of the Cold War.
The General then shifted the blame to Afghanistan. He said there were no organised bases of any terrorist organisation in Pakistan. It was all in the west, in Afghanistan. This was grossly unfair to several outfits operating within the country, all are under the direct or indirect patronage of the army. Unless of course, the Generals consider these killers their friends. How about the Haqqanis? Hafiz Saeed? Masood Azhar? All friends of Pakistan?
He chose to name Tehrik-e-Taliban Pakistan and other ``non-state actors`` as threats. How about the Taliban? It was a creation of the Generals and enjoys a close alliance with the Army. The top leadership was rescued and then provided refuge, along with substantial pay and perks, in cities like Quetta, Karachi and Peshawar. Even now, the families of the Taliban leaders are happily living in Pakistani cities on doles so generously given out by the Generals.
Then the General turned towards India. He said the threats from India were perpetual. ``We are a peaceful country and we do not want war with them. `It was a good PR ploy but he forgot to mention one simple thing: the animosity is provoked by Pakistan’s proxy war in Kashmir and elsewhere. If Pakistan were to drop this suicidal idea, there would be a better atmosphere for cordial talks and eventually a stable relationship between the two neighbors.
On the issue of anti-India terrorists, the General was at pains to project Saeed as a legitimate aspirant to political power in his country. This was what he said when asked about Saeed’s new political venture, Milli Muslim League: "Every Pakistani has the right to participate in the polling process." The statement offers a clear insight into what the Generals are thinking, particularly about the next year’s elections. They want the Sharifs down, if not out entirely and help their agent provocateurs like Saeed to rise in politics.
He was quite coy the apex court and the army nexus. The Supreme Court had appointed two members from the ISI and Military Intelligence to the Joint Investigation Team which probed the accusation of corruption against the Sharifs and found him guilty. The apex court was quick to sack the elected Prime Minister. The Major General said the army did what was asked by the apex court to do. `` We were not party — whatever the Supreme Court asked, we did. ``
The General could not resist when a journalist told him about the murmurs that the country was effectively under a martial law. Well-known human rights leader and lawyer, Asma Jahangir, had accused the army of foisting an undeclared martial law on the country. The General let the cat out in his short reply which went like this---saying that there is going be a martial law should not even be talked about. We are busy in doing our duty as stated in the Constitution. ``
Need any more words be said on the Generals successful gambit in throwing out the Sharifs and pushing their loyal agents like Hafiz Saeed to the front?