Blasphemy laws in Pakistan: Jail to Death and Family. By Mushtaq Gill 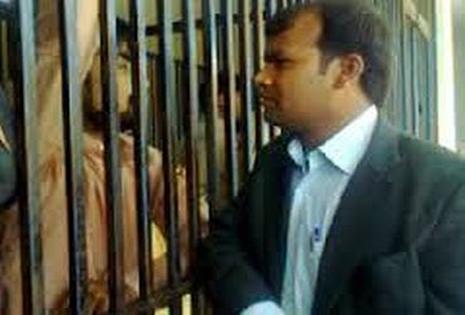 In this April, the enraged mob lynched the 23-year-old student of Abdul Wali Khan University in Mardan for allegedly publishing blasphemous content online and his liberal and secular views and critical thinking about Islam.
In 2014, a Christian husband and wife was burned alive after a false accusation of blasphemy and the human rights activists and critics of blasphemy laws hoped for a strong government response to ensure no other family experiences a similar tragedy in future.
The brutal mob lynching of the Muslim student Mashal Khan was again being seen as an opportunity to revive the debate on revisiting the blasphemy laws, but the religious hardliners made it failed by giving threats to blow up the grave of the victim of the mob justice. Pakistani government has to deploy three police men to guard daily at the tomb to prevent religious hardliners from fulfilling threats to blow up the grave of the victim.
The grieving family of the victim of mob justice is also under police protection and in the same way as the family of the Christian couple were also given police security during the trial of the case from home to court and court to home on the direction of the Apex Court which was not implemented by the Police.
Asia Bibi, a Christian woman, was on death row from last seven years, her case is pending in the Supreme Court of Pakistan. Last year in October, her case was taken up by the Apex Court by a bench of three judges, one of the judges, Iqbal Hameed-ur-Rehman stepped down by saying he was also a part of the bench in the case of the murder of Punjab Governor Salman Taseer, who was assassinated by his own bodyguard in 2011 for his voice for Asia Bibi. The trial Judge, Pervez Ali Shah, fled to Saudi Arabia along with his family after getting death threats for convicting Malik Mumtaz Hussain Qadri who confessed to killing Taseer. In the same year, Shahbaz Bhatti, a Christian minister of the ruling party, was also assassinated for supporting Bibi’s released and asking for reform of the blasphemy law.ý
Islamic religious extremist groups are now converting themselves into political parties so that they can overtake the power of politics to fulfil their nefarious objectives to be powerful agents of the so called Ismaic State active in Iraq and Syria.
They are brave enough from hailing Mumtaz Hussain Qadri, a Murderer, as a hero of Islam to give death threats to those who are accused under blasphemy charges or in any form of theirs' supporters.
In this way, blasphemy laws have been politicized for the political agenda of the political parties in Pakistan for coming general elections of 2018 and this is also the one reason for not fixating for hearing of the appeal of Asia Bibi.
These are the Islamic extremist groups seek to stamp out all religious minorities from Pakistan that are not their own and these religious minorities have suffered grievously at their hands particularly Christians in Pakistan.
The blasphemy laws is an vivid attack on religious freedom of all others who have opposing views than Islam. If Pakistan would fail to repeal the blasphemy laws then Christians and other religious minorities would be in a hell like place 'Pakistan'.
It is said that the both Muslims and non-Muslims are equally victims of the blasphemy laws, it is wrong, as the matter of fact is that only non-Muslims and those persons (Muslims) who are critics of Islam, Muhammad and its teachings are being victimised by blasphemy laws. For example, a Muslim student in Murdan was killed after false accusations of blasphemy. He was Muslim but actually according to Islamic teachings, he was not a Muslim rather he was a good critic of Islam that's why killed and the killers used blasphemy laws as a tool for defence of his killing.
Once a person is accused of blasphemy charges, he would not be spared till his death and if the accused belongs to a Christian community, there is possibility of suffering for the whole Christian community in revenge. After blasphemy accusations, the whole family would have to suffer and the sufferings would not be ended till their death.
Pakistan government is not serious to tackle the issue of the misuse of blasphemy laws and to eradicate Islamic extremism from Pakistani society. But for peaceful country and neighborhood it is need of time to take bold steps to eradicate religious extremism and for it the first step is to repeal blasphemy laws.