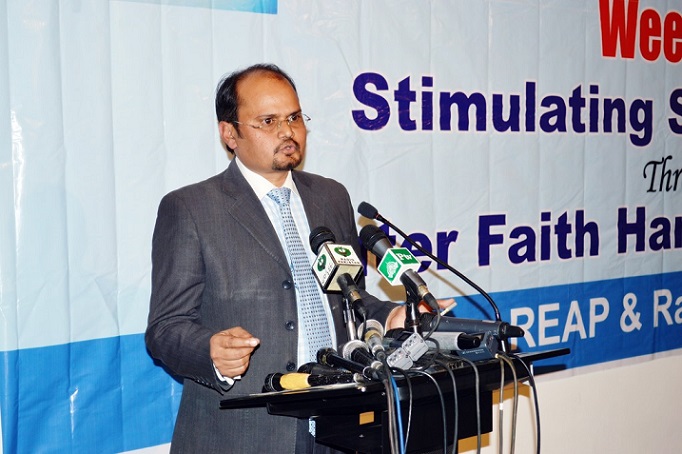 There is uproar in Pakistan after placing its name on Special Watch List by the United States on the issue of religious freedom and Pakistan rejected US decision and considered it as “Politically motivated”. Pakistan said on Friday that it “rejects the US designation” and that the report is “not based on objective criteria”. “This placement on special watch list is a new categorization and we would be seeking clarification from the US regarding its rationale and implications,” a statement from Pakistan’s Ministry of Foreign Affairs said.
“It is surprising that countries that have a well-known record of systematic persecution of religious minorities have not included in the list,” the statement added. “This reflects the double standards and political motives behind the listing and hence lacks credibility.”
Earlier in a statement, issued on Thursday, January 4, 2018, the US state department added Pakistan to a Special Watch List, while re-designating a group of other countries as being of “particular concern” on the issue of religious freedom. The state department spokesman, Heather Nauert said in a statement that number of governments infringe upon individuals’ ability to adopt, change, or renounce their religious or belief.” “In for to many places around the globe, people continue to be persecuted, unjustly prosecuted, or imprisoned for exercising their right to freedom of religion or belief”.
Under the International Religious Freedom Act of 1998, the US annually designates countries of particular concern, and Thursday’s statement re-designated Burma, China, Eritrea, Iran, North Korea, Sudan, Saudi Arabia, Tajikistan, Turkmenistan and Uzbekistan. “The Secretary also placed Pakistan on a Special Watch List for severe violations of religious freedom,” Nauert said.
Let me tell you; though it makes no difference if US place Pakistan in Special Watch list, but there are some facts which cannot be denied. Pakistan was declare an Islamic Republic where both the President and Prime Minister were required to be Muslims and Islam was the state religion. It promote certain Islamic mindset and the constitution called for the setting up of a Council of Islamic Ideology, comprising religious scholars and experts, to enforce the repugnancy clause. And number of discriminatory laws e.g. blasphemy laws are added in the constitutions against religious minorities and thus minorities are being targeted and facing challenges in Pakistan.
Now it is not only the matter of religious freedom for minorities but women are also suffering the same. Pakistan is the forth worst country for women according to recently released ranking of the Women, Peace and Security Index. Isn’t it fact that minorities in Pakistan are being unjustly prosecuted, or imprisoned for exercising their rights to freedom of religion or belief? According to the World Report 2017, at least 19 people remained on death row after being convicted under Pakistan’s blasphemy law and hundreds awaited trail. Most of those facing blasphemy are members of religious minorities, often victimized by these charges due to personal disputes. The government continued to actively encourage legal and procedural discrimination against members of the Christians and Ahmadi religious community by failing to repeal discriminatory laws. Most recently, a week before Christmas celebrations two suicide bombers attacked a Church packed with worshipers on Sunday in Quetta, killing at least nine people and injuring at least 35 others, several critically.
Suspects accused have no hope: Earlier former parliamentarian raised question on unequal, unjust role of law by the judiciary and authorities. Pakistan Today reported, “Former MP, Sindh Assembly Saleem Khokhar has demanded the release of 40 suspects in the Youhanabad lynching incident in a letter addressed to the Prime Minister Shahid Khaqan Abbasi. Khokher said that just like the Faizabad agreement, where all the cases were dropped against the protesters, the Youhanabad suspects should be released as soon as possible.” “Just because we don’t have weapons and that we are a minority, the state won’t do an agreement with us?” he questioned. He demanded that the same law should be applied to the Tehrik-e-Labaik Ya Rasool Allah Chief Khadim Rizvi and his supporters. They were involved in killing a police officer and beating several others, while also harming the state property, why were they all released? Since I am writing this there is no response from the authorities yet and two of the suspects of Youhanabad were died during their custody and third one on the row.
The Christian community is one of the most persecuted minorities in Pakistan with sudden surge in riots, mob lynching, target killings and bomb blasts targeting their congregations and Churches in the recent decade. And there is no rule of law and freedom and manifestation of religion and expression. This is very unfortunate that this community either cannot produce any visionary leader to fight for their rights or there are many so called leaders and thus they remained voiceless since partition of the subcontinent. However, I feel that there is a bigger need to look inward to ensure the rights and freedom of religious minorities, especially Christians.