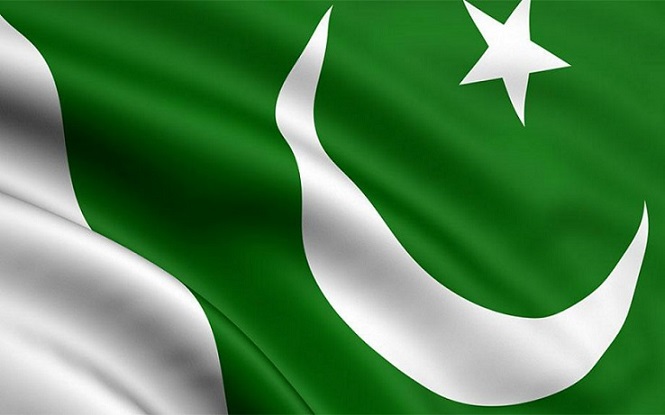 Dark predictions about a possible military coup are being made in Pakistan as it braces to meet another round of economic difficulties in June on being placed on the ‘grey list’ for failing to curb money laundering and funding of terrorism.
The ‘villain’, yet again, is the United States at whose behest the Financial Action Task Force the (FATF), meeting in Paris last week voted to place restrictions on Pakistan.
The logic of this speculation is that the US may engineer the coup indirectly so that it can work with the military rulers once the democratic government is removed.
The political class is nervous and livid at these prospects and wants the government to avoid this and hold elections on schedule in July-August this year. Some see this as a bid to rally support at home among the people and tell the world that the sanctions would threaten democracy.
The second fall-out is that the US-sponsored move (with backing of the UK, France and Germany, among others) has made Pakistan feel let down by the friends it was banking on to escape the FATF noose.
It is angry with its “spiritual ally” Saudi Arabia with which it is very close, and with China, its “all weather friend”. Both stayed neutral when the matter was voted at Paris.
“…it is important to focus on the fact that two countries that we are repeatedly told to think of in brotherly terms — China and Saudi Arabia — both abandoned Pakistan during the proceedings,” said Dawn newspaper in its editorial Sunday, February 25, 2018.
It chastised the government and the people a-like saying: “If there is one thing to learn from this episode, it must be this: in ties between countries, there are no ‘friends’ and no ‘brothers’. There are only interests and bargaining positions.”
What Pakistan is unaware or not willing to accept is that China, too, is wary of the terror outfits who have negative bearing on the whole region and endangers any project, particularly the China-Pakistan Economic Corridor (CPEC).
The Saudis also do not relish Pakistan’s militancy as they have ushered in a gradual process of liberalization at home and that they have their plate full fighting Iran and the non-ending conflict in Yemen, besides economic woes at home and an ongoing domestic struggle between the Crown Prince Mohammed bin Salman and others of the royalty who remain well-entrenched.
Pakistan adopted ostrich-like approach on the Paris meet by initially misleading its people about its impact. The people were told that Pakistan was not on the list. They were not told that it had been served a virtual ultimatum and given a three-month notice to comply or else…. It was propagated as if Pakistan had received a reprieve and that its high-octane diplomacy had worked. The people were not told that the sanctions are definitely coming in June.
Foreign Minister Khwaja Asif paid flying visits to Turkey, China, Russia and Saudi Arabia pleading with them to intercede with the Trump administration. He ended his tours a little before the Paris meet and joyfully, but prematurely, tweeted that he had succeeded, thanking all friends. He and Pakistan had not bargained for the tough maneuvering by the US that leaned on all those Asif had visited. Only Turkey stood alone by Pakistan’s side.
It is now becoming increasingly clear that Pakistan “is drifting towards international isolation mainly due to its policy of using groups designated by the world community as terrorist outfits as instruments of foreign policy,” Dawn darkly predicted.
It is not that Pakistan’s effete political class is falling over each other to curb militancy at home and its export. But none dare to point the finger where the problem lies – the military.
Even that has begun in a mild, soft manner in this hour of desperation. To quote Dawn again: “This is precisely the state of affairs that the civilian government has been trying to warn the security establishment about for a number of years now, including in a series of meetings in late 2016 — but evidently, these conversations did not lead to the desired actions.”
Without being specific, the newspaper was referring to the news expose it had done last summer when its staffer Cyril Almeida had given details of a closed-door meeting between the then prime minister Nawaz Sharif, his key ministers and the top army brass when the civilians sought to blame the military for failing to curb the militants.
No matter who is to blame, the fact is that Pakistan has been dragging its feet on curbing the militants, some of whom are “strategic assets” to be used against India and Afghanistan.
The stop-and-go manner of its working has meant taking limited action one day and then allowing matters to once again deteriorate. This has frustrated and now angered the US.
Rejecting the government’s playing the “victim of politics” at the Paris meet, Dawn said: “There may well be an element of geopolitics at play here too. But the opportunities that have been made available to them to tighten the screws on Pakistan are the products of a deeply problematic foreign policy.”
The Paris meet has shown Pakistan that in an interconnected, interdependent world, pursuing policies that are seen as inimical to regional peace and stability will have damaging consequences.
Security hawks inside Pakistan have interpreted the move in the FATF as an attempt by the US to heap further pressure on Pakistan in alliance with India.
So, here comes the inevitable India angle. It is necessary for Pakistan to understand that it is on the wrong side of a global consensus, not just a policy pursued by countries that it has uneasy ties with.
But is Pakistan prepared to learn its lessons? It does not seem so.