Status Quo Not Conducive to the Settlement of Kashmir: By Dr. Ghulam Nabi Fai 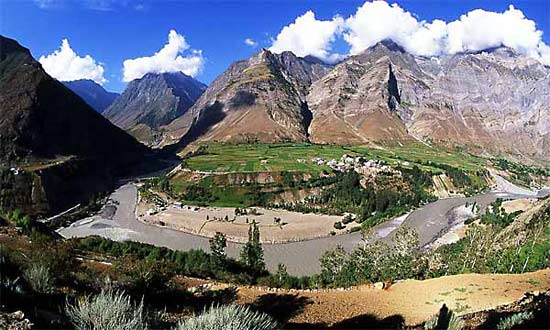 India is celebrating 72nd Independence Day to commemorate its independence from colonial British Raj. We extend our warm greetings to the people of India on their Independence Day celebration. India certainly has the right to celebrate this historic day within its legal boundary. But the world's largest "democracy" had no such democratic intentions for Kashmir. It was India which brought the issue of Kashmir to the United Nations in January 1948.The Security Council adopted resolutions on Kashmir, which were agreed upon by both India and Pakistan. The substance of these resolutions was to create the Ceasefire Line, which was to end the war, stave off further conflict between India and Pakistan and pave the way for a plebiscite in which the people of Jammu and Kashmir could decide for themselves whether they wished to join India or Pakistan, or be free to chart their own course as an independent state. Later, India defied these resolutions because she knew Kashmiris will never vote in her favor.
Therefore, India persists in allying itself with a position that has no legal, moral or constitutional authority to celebrate this auspicious Day in Kashmir which is not the integral part of its territory. In fact under the international law, today, Kashmir does not belong to any member country of the United Nations. It is recognized by the United Nations as a disputed territory who future is yet to be decided by its people.
The issue of Kashmir is by no definition a border dispute between India and Pakistan, nor a struggle between theocracy and secularism, nor a fight between Hindus and Muslims. It is about honoring the political and human rights of the 22 million Kashmiri people in accord with international law, justice and morality.
It is a fact that India's intransigence and the world's hesitation to fulfill its commitment drove the people of Kashmir to be more assertive in their struggle. In the thirty years of latest phase of their struggle, since 1990 alone, Kashmiris have suffered the loss of more than 100,000 civilians â€‘ men, women and children, and have borne the perpetration of countless atrocities by almost 700,000 armed and paramilitary forces concentrated in Kashmir as an army of occupation.
It is evident that maintaining the status quo is not conducive to a peaceful settlement of the conflict. Tensions on both sides continue to spiral upward and the introduction of nuclear weapons into the equation has raised the stakes considerably. For addressing the human rights violations in Kashmir and bringing India to the negotiating table, the international community lacks neither the carrot nor the stick. The stick is nothing but the reverse side of the coin that signifies the carrot. And India badly needs the carrot.
We believe that the consistent application of human rights standards would allow a just and peaceful resolution of the seventy-one year old issue. It would directly help India to extricate itself from the quagmire of international conflicts and accumulation of weaponry, to realize its economic and technological potential and truly rise to the stature of a great power. It would also release Pakistan from a crippling burden. It would thus bring the lasting credit to the foreign policy of the world powers in the region of South Asia.
It is ironic that the United Nations still hopes that the dispute could be settled through bilateral peaceful talks between India and Pakistan. Bilateral talks and negotiations over Kashmir between parties have proven sterile for 70 years, and nothing in that dismal equation has changed. We have had the litany of failed bilateral efforts. Now is the time to acknowledge that trilateral talks between India, Pakistan and the Kashmiris, are the only way to resolve the Kashmir dispute.
We urge the world powers to resist the temptation to jettison its traditional foreign policy championing democracy and human rights in the case of Kashmir for in the name of big power politics or economic opportunities in India. Down that road lies a troublesome blow to international law and amity. A promising first step towards a just and peaceful settlement of the Kashmir tragedy would be the recognition by the world powers, of the Kashmiri leadership as the genuine partner in the negotiations along with India and Pakistan.
We call on the United Nations to persuade both India and Pakistan to accede to international law in Kashmir, to cooperate in holding a referendum administered by a neutral agency, and to welcome third party intervention to solve any prickly details.
With good will and long-headed statesmanship the de-escalation initiatives in Kashmir by the Governments of India and Pakistan will flower into a peace with justice and charity for all.
How many roads must Kashmiris walk, it must be asked, before they are given their inalienable right of self-determination?
(Dr. Fai is the Secretary General, Washington-based World Kashmir Awareness Forum and can be reached at: gnfai2003@yahoo.com)