Socialist Revolution in Russia not possible without Military Support. By Abbas Kassar 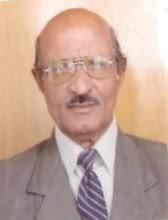 The cruel autocratic rule of the Czars was heritage of Mangol Khans and Byzantine empire. For centuries people of Russia mostly peasants were oppressed under tyrannical landlords, brutal conscription and monstrous bureaucracy. As early as 1873 during the reign of Catherine the Great, first anti Czar unrest erupted. Emelyan Pugachev led the revolt over harsh rules of military service, the injustices of serfdoms and bureaucrats. He was arrested and banished to Siberia, one of first of many thousand political workers forced to live as bonded labour.
13 British colonies of America which gained freedom from colonial power England in 1774 after long war caused political upheavals in whole world. This experiment of constitutional government inspired group of reformists in Russia too who attempted to stage uprising but it was too suppressed. In 1790 only 14 years after constitutional experiment of USA a Russian intellectual Alexander Rashidov wrote a pamphlet against tyrannies of landlords and bureaucracy. He was too banished to Saiberia.
Amidst increasing tension, a more realistic Czar Alexander-II came to imperial throne in 1855. Acknowledging the grievances and unrest among population, he took bold step by liberating serfs. He was assassinated under palace conspiracy which stead fasted unrest across whole Russia. Peasants formed organized bands which raided mansions of landlords, burnt them, confiscating their grain and farm implements.
In St. Petersburg (Petrograd) and Moscow industrial workers were stirring restlessly. In 1905 an able priest father Georgy Gabon organized society of industrial workers and led a giant procession and marched to Winter Palace through an appeal to Czar Nicholas II for relief to oppressed population. Though processions were chanting slogan of "God Save Zcar" yet Zcar's troops opened fire. Hundreds were mowed down. In history that January Sunday is called as Bloody Sunday. Same year industrial workers of St. Petersburg and Moscow organized themselves in Soviets(councils). Czar was so frightened that he acceded to formation of legislative body Duma though with limited powers. Despite Duma the moderate political workers continued struggle for more reforms while more revolutionaries worked underground against aristocrats and landlords. Finally, 1st World War (1914 to 1918) flames engulfed entire system. Czar's bureaucracy was unable to cope with defeats of war.
At this juncture as discontent among industrial and political workers reached the breaking point soldiers took sides with workers and refused to open fire on workers on orders of Czar Nicholas who finding no potion abdicated. Such conditions provided golden chance for Vladimir Lenin. He rushed to Moscow (from Germany). He saw that though provisional government was functioning but with no powers. He gave call to Bolsheviks to seize power. First such attempt in July 1917 could not succeed. However, another attempt on 25 October 1917 (7 November according to Georgeon calendar) succeeded with Lenin becoming new head of state. Army played vital role in takeover by Communists as soldiers along with Bolshevik workers took over all government offices across Russia including Winter Palace. This led to collapse of Czarist autocracy and rise of Soviet Union.
The first step Lenin took after seizing power was to pull out from World War-1 declaring it as war of imperialism.
Soon after revolution, civil war erupted between Red army (Bolsheviks) and White army, consisting of Mensheviks and army of few European countries
Civil war ended in 1922 when Bolsheviks reconstituted themselves as Communist Party and in this way, revolution paved the way for creation of Union of Soviet Socialist Republics (USSR).
Russia, Ukraine, Belorussia, Georgia, Armenia and Azerbaijan were part of Soviet Union at time of consolidation of revolution in 1922 while other republics mentioned below became part of USSR: Uzbekistan and Turkmania in 1924; Tajkistan in 1929; Kazkhstan and Kirghzia in 1936 and Estonia, Moldavia, Latvia and Lithuania in 1940.
The living conditions of working class mostly peasants in Pakistan remain same as that of 300 years ago when English had occupied this part of world. People here are still living life of slavery. In words there is democracy in Pakistan but in reality, it is autocracy, rule of rich. 70% of population lives in rural villages with no access to clean water for drinking, electricity, gas, no educational and health facilities and other basic needs of life. Landlords who get themselves elected to assemblies and government cabinets continue to deprive people of their rights. We are still living in feudal and tribal system. Amazingly hundreds of NGOs are working here but they are also engaged in making fortunes in name of removing poverty. Since creation of Pakistan scores of political parties under names of communism, socialism, nationalism etc had been struggling to bring end of feudalism in country but so far dreams of change have not come true.
(Abbas Kassar is senior journalist based in Hyderabad. He is bureau chief of daily Messenger Karachi; he writes articles on human rights including women rights, minorities and peasants' rights for various newspapers including Pakistan Christian Post USA. He can be reached at kassarabbas@gmail.com. On facebook; twitter; linked-in and wordpress)