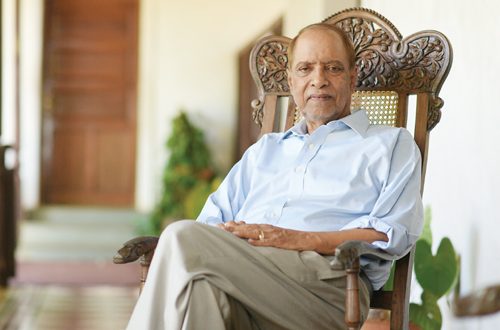 The Goa Liberation Day is celebrated every year on the 19th of December. On December 19, 1961 Goa was freed from the Portuguese rule. It was a Seminar on Portuguese Colonialism held in New Delhi in October 1961 that triggered the decision of the Government of India to liberate Goa. The Seminar was addressed by Prime Minister Nehru and by several other leaders of foreign countries as well as those from the Portuguese colonies in Africa. Until then, Pandit Nehru was reluctant to take any military action to liberate Goa in view of his policy of non-violence. However, the Seminar created intense public opinion and led to Operation Vijay. Goa was liberated within two days without any real struggle. The Liberation of Goa provided the impetus for the anti-colonial movements in the Portuguese ruled territories of Africa. Independence for these territories came around 1975 after the Carnation Revolution and the collapse of the authoritarian regime of “Estado Novo” in Portugal.

Classic colonialism is now practically dead. It consisted of a colonial power taking over militarily another country and staying there to dominate the local population politically and in every sphere of their lives. The objective of colonialism was economic exploitation through control of the resources of the colonies and use of the colonies as markets for its products. Colonialism led to the destruction of economic life in the colonies and to extreme poverty and deprivation. India had a thriving industry of a fine cloth known as muslin which was being exported to several countries. However, in early 19th century, the colonial administration cut the thumbs of hundreds of weavers and liquidated this industry. Thereafter, India from an exporter turned into a major importer of cloth from the mills of England.

In the 1940s, the infamous Bengal Famine happened where about a million people died of hunger and starvation. The reason was that food grains were being exported from India to the Middle East to feed the British troops in the Second World War. When the viceroy, Lord Wavell asked prime minister Churchill for permission to stop such exports, Churchill refused and retorted, "If there is such a shortage of food grains in India how is that Gandhi is not yet dead?" Twenty-five major famines happened in India during the colonial rule and millions of people died of hunger, from Tamil Nadu to Bihar to Bengal. Since Independence, there has not been a single such famine in India. There is malnutrition in several parts of the country not so much due to shortage of food grains but to insufficient and improper storage and lack of adequate transport facilities. This subject is often discussed in our Parliament.

The colonial rule destroyed the Indian economy and greatly impoverished this country. By all accounts, India was a prosperous nation at the onset of Western colonialism. The French explorer Tavernier in his ‘Travels in India’, written in the 17th century, gives the following account of Indian life. "Even in the smallest villages, rice, flour, butter, milk, beans and other vegetables, sugar and sweetmeats can be procured in abundance". Yet, during the British rule, as per Government reports of the time, 70 to 80 percent of Indians were living at subsistence levels, two thirds were undernourished and in Bengal nearly four-fifths were undernourished. An estimate by the Cambridge historian Angus Wilson reveals that in 1700, India’s share of the world income was 22.6 percent comparable to the entire income of Europe which was then at 23.3 percent. By 1952, however India’s share fell to 2.3 percent of the world income.

Colonialism in its earlier form has practically ceased to exist but we live today in the era of neo-colonialism. There is no military conquest in the traditional sense and political control of the population within a territory but the objectives remain the same: control of natural resources, such as oil, and control of the markets. The wars that we have witnessed in recent times in Afghanistan, Iraq, Libya and elsewhere are aimed at the control of local resources and to install pliable and subservient Governments.

What should the countries of the South, the developing countries, do in such circumstances? In the political sphere, they should strive throughout NAM, G77 and all other organisations of the developing countries for a more just, equitable and peaceful international order through democratization of the United Nations system, reform of the Security Council, strengthening of the General Assembly and  elimination of all nuclear and other weapons of mass destruction.

The Millennium Declaration of the General Assembly of the United Nations in 2000 identified eight goals to be attained by every country in the world by the year 2015. India has made significant progress towards reaching the Millennium Development Goals but achievement across the goals varies. India has achieved the target for reducing poverty by half according to official estimates. It has also achieved gender parity in primary school enrolment and is likely to reach parity in secondary and tertiary education. We are lagging behind on targets for achieving universal primary school enrolment, empowering women through wage employment and political participation, reducing child and infant mortality and improving access to adequate sanitation.

On the economic and social fronts, countries of Africa have made major progress. India’s relations with African nations have progressed at a fast pace in the last decade. We entered into a structured engagement with African countries with the launch of the first India Africa Forum Summit in 2008 in New Delhi. This was followed by the Second India Africa Forum Summit in Addis Ababa in 2011. The Third India-Africa Forum Summit, held in New Delhi in October 2015, renewed the focus of India on strengthening and enhancing its partnership with countries in the African continent.

I visited the sub Saharan Africa in the Eighties. I had then been put in charge of the Africa Fund created by Prime Minister Rajiv Gandhi along with some other world leaders to help the Frontline States withstand the depredations of Apartheid South Africa. I met the leaders of those countries including President Samora Machel of Mozambique, President Julius Nyerere of Tanzania, President Kenneth Kaunda of Zambia, President Robert Mugabe of Zimbabwe, President Eduardo dos Santos of Angola, Mr. Sam Nujoma who was not yet the President of Namibia, and other leaders. At that point of time trade between India and Africa was around 26 billion US dollars. The bilateral trade between India and Africa is expected to touch 100 billion dollars this year, according to the president of the African Development Bank.

Notable advances here been made by former colonies after their Independence. In Goa, we have achieved remarkable progress since Liberation particularly in core sectors such as education, health and infrastructure. The literacy rate in Goa was around 30 percent at the time of Liberation and it is now practically hundred percent if we exclude some persons above the age of 50 years. In 1961, in my own village, there was just one primary school with about 100 students. Today, we have in the village, several primary schools and high schools with thousands of students in their rolls. Significant headway has also been made in the fields of health care and development of infrastructure such as electricity and water supply, roads and other forms of communication.

At this point of time, we face several challenges. We ought to confront them with courage and determination, with a rational outlook and commitment to a value system anchored on work ethics and the quest for excellence.

(The writer is a former Union Minister)