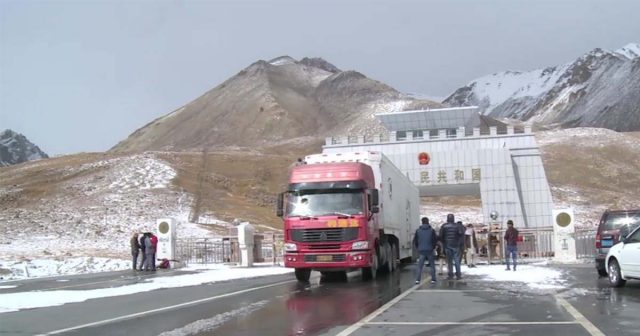 The implementation of US$62 Billion China-Pakistan Economic Corridor (CPEC) must have made Beijing happy outwardly. In real terms, China is burdened with concerns over safety of the projects and Chinese nationals working in Pakistan resulting from potential threats from Pakistani militant groups. The general perception among the people of Baluchistan is that CPEC will benefit just Punjab and not Baluchistan inspite of abundant natural resources being exploited from there. The anger among the people of Baluchistan has led to increasing extremism and militancy. Baloch people believe that Baluchistan does not receive its due share of resources. The popular sentiment among the people in this province has made China to fear that its dream project will possibly get sabotaged by militancy. This is evident from the statement of Chinese Foreign Minister Wang Yi expressing worry over how to protect China’s ever expanding overseas interests is an urgent concern for Chinese diplomacy. It is also reliably learnt that some officials from China have clandestinely started negotiations with the militant groups to allow construction of infrastructure projects which are already delayed.

In 2018, Baluchistan Liberation Army targeted Chinese workers on multiple occasions including the attack on Chinese Consulate in Karachi killing four people. During 2019, five people lost their lives in a terror attack in Pearl Continental Hotel in Gwadar. Global Times, China’s daily mouth piece also called the situation alarming as the attacks will not be restricted to Chinese people  only but also CPEC projects. It also warned that if the situation in Pakistan continues to deteriorate, some CPEC projects in energy and transport will be the targets. The newspaper further warned Chinese nationals in Pakistan to increase security awareness, reduce outdoor activities, avoid going to crowded places and raise security measures. Meanwhile, people in Baluchistan, Khyber Pakhtunkhwa and Pakistan Occupied Kashmir are sceptical about CPEC role in stimulating employment and investment in their areas. The extremism and militancy is on the rise in the north western and south western Pakistan. The general perception that the CPEC benefits just Punjab and not the other provinces  like Baluchistan has led to huge unrest. The feeling of discontentment is further strengthened by the reality that Chinese companies building CPEC projects rarely subcontract with local Pakistani partners.

While Pakistan government has gone overdrive telling the people about the potential employment opportunities CPEC will generate, there are hardly any takers outside the provinces of Punjab and Sindh. Majority of Pakistanis from other provinces are aware that they are not benefitted significantly as they lack skills. At the most, they can undertake labourer jobs while many other significant roles are grabbed by Chinese and Punjabi people in Pakistan. They also fear that they will lose their land which will be impediment to the plans of constructing CPEC projects. These realities have added fuel to the burning issue of regional imbalance which in turn aggravates ongoing attacks on the CPEC projects.

China is well aware of the developments and hence forced Pakistan to deploy a Special Security Division comprising 9,000 Pakistan Army soldiers and 6,000 para military forces personnel for the security of CPEC. Despite spending US$ 140 million for the protection of Chinese working on the CPEC projects, the force has not been deployed due to the concerns of the provinces over its jurisdiction and powers. The security threats will not just delay the CPEC further but it would keep a hanging sword over the safety of corridor. It will also upset the plan of China for opening  up the road to middle east.

The Pakistan establishment is seething following a recent meeting convened by the Chinese Ambassador in Islamabad, Yao Jing. The proactive ambassador, who has developed close links with a cross section of Pakistan’s political and military players, met a number of local representative officers of Chinese companies working in the China-Pakistan Economic Corridor in late November. The subject of discussions was the security situation in Pakistan, with focus on Baluchistan and Gilgit-Baltistan areas, the end and start point respectively of the China-financed economic corridor.

A representative from the Bureau of Geophysical Prospecting International (BGP) stated that they had to hire private security guards as they could not trust the Pakistan soldiers, who had a very different worldview and some of whom were suspected of even working together with the East Turkistan Islamic Movement, especially in Punjab province of Pakistan.

The representative of another company, China Petroleum Engineering Construction Corporation (CPECC), complained about the paranoid levels in Pakistan security set-up, which were consistently issuing threat perception reports, often without any basis, which was forcing the company to restrict the movement of its personnel. China is sceptical that its dream project will possibly get sabotaged by militancy and security threat looms large over CPEC.