COVID-19 makes the bag of woes heavier for marginalized populations. By Shobha Shukla 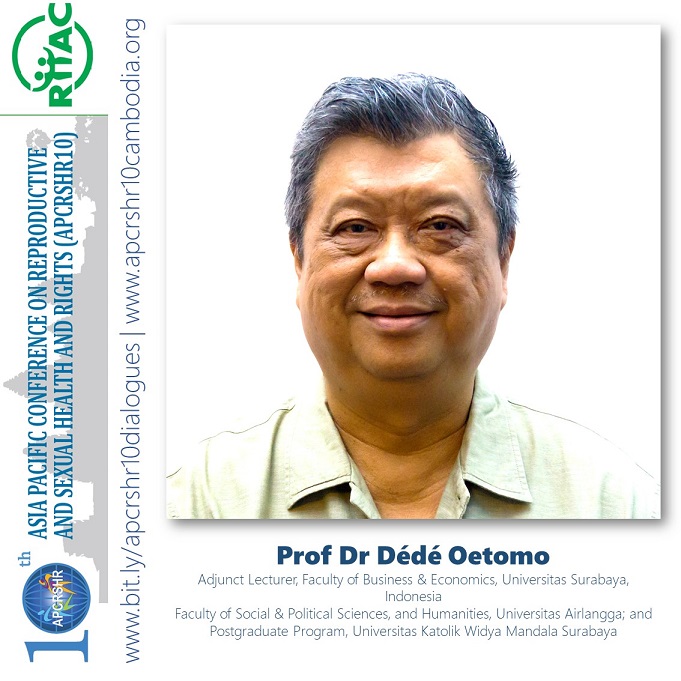 Agenda 2030 is a commitment by all countries to achieve sustainable development by 2030 for all, ensuring that no one is left behind, including marginalised communities like LGBT and sex workers. However, the stark reality is that, even in normal times, these vulnerable communities in Asia and the Pacific, often suffer a host of inequities and discriminatory laws. Grappling with stigma and discrimination, they often constitute the populations-on-blindspot when it comes to accessing health services (including sexual and reproductive health services), livelihood, social security and societal acceptance. COVID-19 pandemic has exacerbated their situation and driven them to the wall, not just in terms of their physical vulnerability to the disease but also in terms of the above factors.

"Many of us from the LGBT community are experiencing the impact of coronavirus disease (COVID-19) on our lives. Recently, I went for my three-monthly HIV and STIs (sexually transmitted infections) tests at the local clinic and found that the STI test was not available as all the nurses were deployed for COVID-19 work. This is just one of the many examples where basic sexual health services for people are not available. Also livelihood has been impacted in a big way. Many trans-women have no connection with their families. So they do not have any safety net and many of them who do busking and/or sex work, are not able to earn..."

These are some of the concerns shared by Professor (Dr) Dédé Oetomo, Adjunct Lecturer at the Faculty of Business and Economics, Universitas Surabaya, Indonesia. He is a noted scholar, educator and a longstanding activist in research, education and advocacy in the fields of language and society, HIV/AIDS and sexuality, mainly at GAYA NUSANTARA Foundation, APCOM and the Coalition for Sexual and Bodily Rights in Muslim Societies (CSBR). He was the keynote speaker at the sixth #APCRSHR10 Dialogues, co-hosted by the 10th Asia Pacific Conference on Reproductive and Sexual Health and Rights (APCRSHR10) and CNS.

Mental health and well being

In these times, mental health and wellbeing of the gay men has taken a beating, feels Roy Wadia, Regional Communication Adviser at UNFPA Asia Pacific Regional Office (who spoke in his individual capacity). As many of them are ostracised by their families, they depend upon each other for social support. But in the present lockdown times, as they stay indoors and maintain social distancing, this support system which was there in the community in form of safe spaces - like drop in centres - is no longer available to them. This has resulted in a deeper sense of isolation.

Then again, though staying with family might be a good option for many of us in times of such crises, the family may not be a very safe space for those who have been denounced by their own kin due to their nature of work or distinct sexual orientations and gender identities. Sonal Mehta, Regional Director at International Planned Parenthood Federation (IPPF) South Asia, voiced her genuine concerns for the safety of lesbians who are at increased risk of getting abused, exploited and violated by their own family members in such a situation.

For Prof Dede the most important issue is that of livelihood. Young gay men, other men who have sex with men, and trans-women sex workers have been driven out of work due to COVID-19. Also, many LGBT members are employed in small and medium enterprises in the informal sector, most of which are shut right now due to the lockdown. But whether they will be able to re-open at all in future (due to huge economic losses incurred), once the lockdown is lifted, remains to be seen.

Prof Dede shares the example of a group of trans-women in Jakarta who have offered their services to a hospital to sew masks. It is of help to the hospital and it also means some temporary employment for these women. Some gay men have volunteered their services to local hospitals. In return they at least get 3 meals a day. Similar small efforts are happening in other countries too to keep the home hearth burning.

The situation of sex workers is no better. Dr Smarajit Jana, the driving force behind Durbar Mahila Samanwaya Committee (DMSC) - the largest sex workers' collective in West Bengal state of India - shared the plight of sex workers who are presently facing great hardships. Most of them are still in the red light districts as they could not move because the lockdown declaration was too sudden. So they have to live there without any earnings. "But as we requested all sex workers not to entertain clients even if someone comes (to avoid COVID-19 infection), we have the moral responsibility to at least ensure that they have enough to eat as long as they are unable to earn their living. We are somehow managing (through donations of well wishers) to provide food items to around 17000 of them. But we are not sure for how long we will be able to sustain our efforts. Even frequent hand washing is not feasible in some areas as water is in short supply and hand sanitisers are too expensive", he said.

The Asia and the Pacific SDG Progress Report 2020 shows that, as it is, the region is already lagging behind in all the 169 targets of the 17 sustainable development goals, including those around ensuring universal access to sexual and reproductive health services.

In the words of Prof Dede, "The majority of LGBT people are still not able to access sexual health services in a rights-based manner. During the past 4-5 years, things have actually regressed in terms of attitudes towards gay men, other men who have sex with men and trans-women, especially in Muslim majority countries, like Indonesia and Malaysia. There is a fear psychosis coupled with lack of knowledge around HIV, STIs and other sexual health matters, and they do not learn about them until they have already had the disease. Sometimes they do get medication but sometimes it is too late. Although healthcare workers are trained to not discriminate against LGBT community, and services for HIV and STIs are available, stigma is still there. This makes many community members reluctant to turn up to a clinic. The problem is more acute for lesbians and trans-men for whom even getting a PAP smear test becomes a daunting task."

The region abounds in discriminatory laws and policies for LGBT communities. Barring a few sparks - like decriminalisation of consensual sex between same sex adults by repeal of Section 377 in India, India's Transgender Persons (Protection of Rights) Act, Marriage Equality Act in Taiwan guaranteeing constitutional right to same-sex couples to marry, Registered Life Partnership Act in Thailand - nothing much has changed during the past few years.

Singapore Supreme Court recently refused to change the Section 377A of the Penal Code that criminalises sex between consenting adult men. In Indonesia verbal attacks, attempted legal harassments and conservative laws are a reality for LGBT groups. A rise in right-wing governments is also pushing the sexual and reproductive health agenda backwards in some countries.

However the backlash at government level has helped the LGBT communities gain allies at the societal level. More and more human rights lawyers, media professionals, progressive young clerics, (and a few non-conservative politicians too) are now advocating for LGBT rights. Social media is abuzz with discourses on the rights of sexual minorities, as well as the rights of minority religious sects and minority ethnic groups. All this is resulting in positive changes at local society level - though not at national government level - in some countries, like the Philippines. In Prof Dede's opinion, societies are easier to manage, but politicians are not.

The COVID-19 pandemic is not just affecting the LGBT communities but is impacting the whole world. But, as Prof Dede points out, crises tend to make us think about opportunities. Perhaps this pandemic has given us a chance to strategize in a more focused way to put all marginalised communities, including LGBTs, at equal level with other members of society in all our development efforts. Unless we really address the needs of the most vulnerable, we will not be able to progress collectively as a human race.

(Shobha Shukla is the Managing Editor of CNS (Citizen News Service) and writes extensively on gender and health justice related issues. She is also the Coordinator of APCAT Media (Asia Pacific regional media network to end TB & tobacco and prevent NCDs). Follow her on Twitter @shobha1shukla or visit www.citizen-news.org)