Possibilities of Economic Relations between Bangladesh and Pakistan. By MD Phatik Hasan 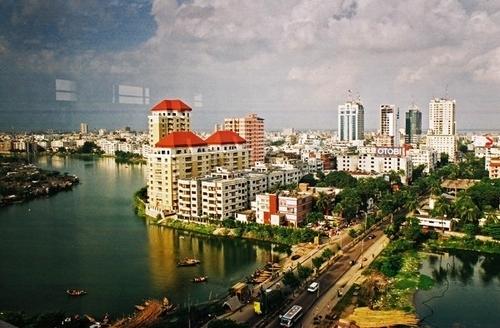 Bangladesh and Pakistan together make up 5 percent of the world's population. The Possibilities of market value in case of export and import between these two states are inevitably huge. But the trade between the two countries of 39 crore people is now only 6-7 hundred million dollars. This is a very small share in the exports of both countries. In 2019-20, only 50 million worth of goods went from Bangladesh to Pakistan. It has the potential to grow exponentially. The industrial sector of both the countries has expanded tremendously in the last 50 years. The industrialists of the previous generation knew the details of each other's people and markets. The next generation of industrialists is unable to make use of that historical experience due to lack of political action.

India and China have been in the midst of a war frenzy for the past one year. But in the meantime, it has done business worth about 109 billion dollars. The example of Pakistan-India may be more relevant in this regard. The two countries exchange gunfire every week. There have been three large-scale battles between them. But in the meantime, they are selling products. In the 2019-20 fiscal year, goods worth 300 million US dollars went from India to Pakistan. Last year it was almost four times more. They may go back to the previous state in the future. If Pakistan-India can continue to trade despite the fragility of political relations, Bangladesh can do the same with both countries. You need to be able to. Building a market in South Asia is becoming more urgent for Bangladesh to escape the European-American political caution.

Pakistan has put Bangladeshis on the priority list for visas since 2019. Both countries can make it easier to boost export trade. This will increase the market of jute, tea and tobacco in Bangladesh, Pakistan will also increase the export of yarn, sugar, etc. However, in order to make the current trade balance more favorable for Bangladesh, policy support from Pakistan is needed. After a long hiatus, Pakistan has already shown diplomatic interest in developing relations by sending an ambassador to Bangladesh. They have to go further. Islamabad has a lot of responsibility to heal the historical wounds of Bangladesh. Many Pakistani policy makers want Bangladesh to forget the 1971 Independence war and move forward. But it is not easy on the part of Bangladesh; Not even possible. Rather, it would be convenient in practical terms to solve the problems arising from the seventy-first chapter quickly. It is high time for Pakistan to realize the situation. Those are not to be avoided. Pakistan wants to increase trade relations with Bangladesh. The Canada-based International Forum for Rights and Security, a think tank, recently published a report on Bangladesh and Pakistan. It has been shown there that Bangladesh is ahead in all areas of the index. Many Western economists have called on all countries to follow the Bangladesh model in the development of South Asia.

According Bangladeshi Media, Bangladesh Commerce Minister Tipu Munshi has said that Pakistan is keen to boost trade and economic ties by maintaining good relations with Bangladesh in January 26, 2021. He said there were problems in some areas in trade with Pakistan. If they are removed, trade will increase further. Both countries have huge potential to increase trade and commerce. This opportunity can be used. He made the remarks during an exchange of views with Pakistan's High Commissioner to Dhaka Imran Ahmed Siddiqui at his office in Dhaka on Wednesday (January 26th, 2021).

There is an opportunity to further increase these exports. Under the leadership of Prime Minister Sheikh Hasina, Bangladesh is advancing rapidly in all fields including economic and social. The development of Bangladesh is now visible. Bangladesh's capacity in international trade has increased.

He said Pakistan had recently imposed anti-dumping on hydrogen peroxide exports. Such measures hinder the development of trade. Any existing problem can be solved through discussion. The problems can be identified and resolved at a meeting of the Joint Economic Commission (JEC) between the two countries. Traders have an important role to play in increasing trade. Traders can increase trade by visiting each other's countries. Necessary cooperation can be given in this case.

Pakistan's High Commissioner Imran Ahmed Siddiqui said the Pakistani government wants to move forward by developing trade relations with Bangladesh. There is ample opportunity to enhance trade and economic relations between the two countries. Pakistan is keen to enhance trade and economic ties while maintaining good relations between the two countries. Ceramic products made in Bangladesh are being widely used in various government departments of Pakistan.

Imran requested that visas for visits to Bangladesh be made easier for Pakistanis for personal and business purposes and that Dhaka-Karachi direct communication be introduced for the transportation of goods. He also called for a single country fair for Bangladeshi products in Pakistan and stressed on holding the 9th meeting of the Joint Economic Commission (JEC).

In the last fiscal year 2019-2020, Bangladesh exported goods worth. 50.54 million to Pakistan. During the same period, it imported goods worth 543.90 million US dollars. If trade complexities are removed in some cases, the export of Bangladeshi products to the Pakistani market will increase further.

However, there are many potentials in economic relations between Bangladesh and Pakistan. But this should be realized by the government of Pakistan for its own interest. Because they need Bangladesh's help and support in reviving their fragile economy and raising various regional issues at all international forum. The sooner the Pakistani government realizes this, the better for them. If Pakistan wants to take steps to improve economic and diplomatic relations with Bangladesh, it must apologize for the 1971 genocide. Only then is it possible to advance diplomatic and economic relations between the two countries. After half a century, Pakistanis cannot forget their past. Pakistan will have to apologize unconditionally if it wants to move the relationship forward. No country can move forward forgetting their past.