Pakistan can easily handle EVEN ACOAA through secular democracy in Islamic world under Afghani-Islam first in FSD-mini SAAR. By Hem Raj Jain 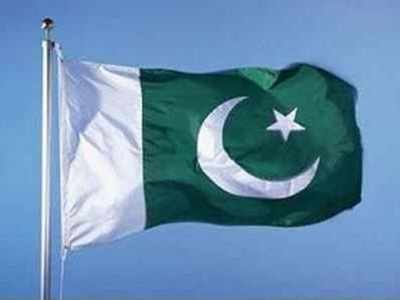 Subject:- (i)- Pakistan should convert ACOAB into an opportunity (ii)- Afghani-Islam only can be the religion worthy of secular democracy because Christianity & Hinduism (the religions of West led by the USA and India) not capable & competent to keep the State under ‘Maryada’ (mandated limits) (iii)- Secular-democracy sine-quo-non for predominantly powerful modern science & technology (iv)- Religion is custodian of values of society hence Secularism doesn’t kill religion rather makes it updated and relevant to the vital interests of its followers. (v)- Pakistan through Afghani-Islam should think not only about 700 million Muslims of mini-SAARC but also for remaining about 1,000 million Muslims.

--The ‘Afghanistan Counterterrorism, Oversight, and Accountability Bill’ (ACOAB)  moved by 22 Republican Senators in US Congress has scared the ignorant Pakistanis (https://www.dawn.com/news/1649226/alarm-over-anti-pakistan-bill-moved-in-us-senate)  because they think that if it becomes ‘Afghanistan Counterterrorism, Oversight, and Accountability ACT’ (ACOAA) then Pakistan will be doomed by various sanctions of the USA (and even of the Europe, UK etc who are practically annexure of the USA). But these less-believer Pakistanis don’t know that ACOAA will be a blessing in disguise not only for the 1.7 billion Muslims but for the entire mankind if Pakistan walk on the righteous & ethical path as preached by Prophet Mohammad in Quran, as explained below:-

(1)- First and foremost Pakistan should understand that the West led by the USA is trying to create a situation in mini-SAARC region (of India, Pakistan, Bangladesh and Afghanistan) like it was in Europe before World War I where the European countries were making various alliance (as the USA is presently doing like QUAD, AUKUS etc against China) to balance the powers in order to avoid war but it ultimately resulted in WW I. India [being led by incompetent political leadership (of all the political parties) and guided by incompetent religions (mainly Hinduism and Islam) of overwhelming majority] is unable to see the explosive implications of these alliances for this region (having, unlike WW I, three nuclear countries namely China, India and Pakistan).

(2)- Pakistan should understand that politics is an art of converting adversities into opportunities and this ACOAB has given such an opportunity. Only thing Pakistan has to do is to become a champion of secular democracy & rule-of-law for the entire world (under Afghani-Islam) by working for removing poison from the body of the UN. In a nutshell Pakistan should start dealing with Americanism and not so much with Americans.

(3)- Pakistan should know that  the record of the USA on democracy and rule of law is wanting to say the least. Just to name some in UNGA speech Prez Biden (i) Talked about denuclearization but doesn't mind giving divine right to some countries to have nukes (ii)- Instead of supporting one-State solution, Biden also supports the theocratic State of Israel which has forcibly displaced Muslim Palestinians from their mother land thus making their lives miserable (iii)- Biden talked about removing corruption from UN member countries but doesn't constrain India to recover (as was discussed in Indian Parliament too in 2016) about Rs 1,000 trillion income tax despite 'UN Convention against Corruption' (iv)- Biden talked at length about Covid pandemic but has done nothing to launch UN investigation for the purpose of establishing protocols and SOPs for virus laboratories all across the world so that such pandemic doesn’t happen in future (v)- Biden talked about strengthening the UN especially for resolving international disputes, for freedom of navigation etc but doesn’t mind launching individual outfits like Quad, AUKUS, NATO, G-7 etc. Despite VP Kamla Harris lecturing (PM Modi during his recent US-visit) on democracy the democracy in the USA itself is struggling (as is evident from January 6 episode at Capitol Hill, the result of controversy about paper ballot and voting in person and counting of votes by hand and not by machines) and the way the USA left the democracy in Afghanistan, and destruction of rule-of-law by millions of illegal immigrants moving freely for decades in the USA harming the human rights of the people of the USA and also of these illegal immigrants.

(4)- As far as India is concerned its secularism & rule-of-law are nowhere to be seen. The Supreme Court of India (SCI)  gave the disputed site of Babri Masjid to Hindutva forces by committing criminal contempt by SCI itself for lowering the authority of the Court. This is the most important case which has given rise to complete destruction of secularism in India which is being destroyed through many other issues like lynching of Muslims and so-called Dalits (oppressed) by taking excuse of cow protection, love-Jihad, etc , reservation (not to Muslims) but (in the name of backward) even to those castes of  Hindu order which ruled India before Britisheres.

(5)- The Afghani-Islam has led Taliban to military victory in Afghanistan hence Afghani-Islam is in a position to keep the State (not only its civilian but also its martial element) within ‘Maryada’. Hence Pakistan should endeavor to realize the ‘Federation of Secular Democratic mini SAARC’ (FSD-MSAARC which will automatically solve the problems of Kashmir / J&K, Balochistan, Durand Line, tens of millions of Bangladeshi illegal immigrants in India etc ). Pakistan should know that Afghani-Islam will succeed in rest of the Muslim world (of about 1,000 million Muslims), only when it first succeed in mini-SAARC (of 700 million Muslims) through secular democracy. For this to happen Pakistan should do the following.

(7)- In order to effectively handle the likely threat of sanctions by the USA etc after ACOAB, Pakistan should declare (a some what sanction) that under the leadership of Afghani-Islam it will launch ISLAMIC CURRENCY with full back-up of gold & other recognized precious metals and will deal with only those foreign currencies (including Dollar) which are thus backed-up and then see what salutary results it brings in eliminating open loot, fraud, money laundering etc within one year. Most of the currencies are fake currencies as they are not properly backed by assets rather born out of fiscal deficits under the pressure of unbridled usurers (interest earners). In India despite article 292 & 293 of the constitution the public debts are incurred beyond consolidated funds of the governments by taking excuse of unconstitutional FRBMA. In the contemporary world the requirement of cash is very less because most of the transactions are electronic (and can easily be so if first all the government goods and services are transacted by electronic banking). Hence the gold back-up requirement of currency is very less and can be managed easily. Moreover with almost cashless transactions it will be very difficult to take money out of the country, unnoticed. In other words, with said Islamic currency the West led by the USA (and its blind followers) should be afraid of said Islamic sanctions and not vise-versa.

(8)- Pakistan need not bother about its old friend China while working for FSD-MSAARC because India has no serious dispute with China. As far as Indo-China border dispute is concerned, it is legal unlike the political dispute of India with Pakistan hence it can easily be resolved by referring it to ‘UN Judicial Commission’. As far as CPEC / BRI, India objects only its military use by China and India can even allow Kandla port etc to China for the access of its goods to and from Arabian Sea.

(9)- In view of the popularity & support among Muslims all over the world of Afghani-Islam & Taliban (due to their victory out of 20 years of Jihadi struggle in Afghanistan) Pakistan should first try to bring about 700 million Muslims of these four countries of mini-SAARC under the influence of Afghani-Islam by getting its flags raised at the Mosques in these four countries. Pakistan should know that India is the crucial factor for realizing FSD-MSAARC hence simultaneously Pakistan should ask Indian Muslims (the followers of Afghani-Islam) to file writ petition in Supreme Court of India (SCI) under article 142 of the Constitution for complete justice for (before any final judgement) the restoration of legally expected status-quo-ante of Babri Masjid (which was demolished in 1992 in presence of the observer of SCI itself) by mentioning that otherwise it will be criminal contempt of court by the SCI itself for lowering the authority of the court under section 2 (c ) (i) read with section 16 of the ‘Contempt of Court Act’. In this writ petition it should also be prayed that the Court should direct the Government of India (GoI) to requisition ‘UN Peace-Keeping Force’ (UNPKF) in case Hindutva forces are suspected to be creating large scale riots in the country. This article 142 petition in SCI is enough to constrain India to work for FSD-MSAARC.

(10)- Pakistan should know that India got partitioned in 1947 because ‘Muslim League’ under the leadership of Jinnah thought that Muslims will not get justice in Hindu majority India hence the need for Pakistan. Jinnah thought so because there was no Afghani-Islam at that time which could keep the State under ‘Maryada’ but Jinnah wanted secular democracy in Pakistan.  The address of Jinnah to the Constituent Assembly of Pakistan on 11 August 1947 is a classic and a forceful espousal of a ‘secular State in which every citizen would be free to follow his own religion and the State shall make no distinction between the citizens on the grounds of faith’ (though it is a different matter that Jinnah got carried away by communal forces due to horrible violence during partition which generated communalism which was not reversed even by Gandhi, Nehru Patel etc because they also did not ensure the rehabilitation of  the forcibly displaced Hindus, Sikhs and Muslims back to their motherland). Hence now with Afghani-Islam (which is bound to dominate united-India politically) in place, Pakistan should endeavor to bring entire mini-SARRC region under one political control.

It is hoped that Pakistan under Afghani-Islam will utilize the opportunity provided by ACOAB to bring genuine secular democracy first in mini-SAARC (having about 700 million Muslims) and then in rest of the Muslim world (having about 1,000 Muslims) also by constraining the US-sponsored United Nations to walk the talk so that the entire mankind achieve peace and prosperity with JUSTICE.