Blind dependence of Tsai Ing-wen on USA for protection of democracy may render Taiwan as another Afghanistan. By Hem Raj Jain 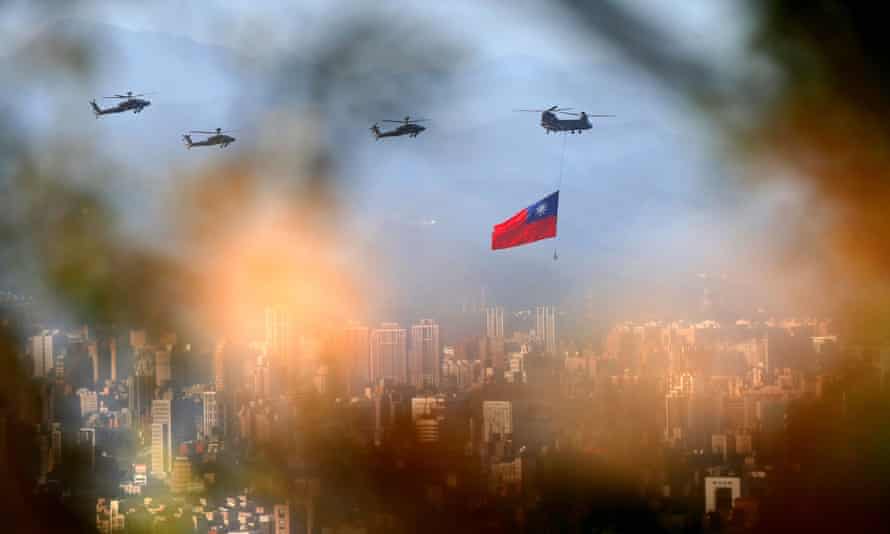 Taiwan should try to rope-in India for persuading the USA & others for launching an alternative world body of secular democracies.

In an article (rather an appeal) by the President of Taiwan in ‘Foreign Affairs (https://www.foreignaffairs.com/articles/taiwan/2021-10-05/taiwan-and-fight-democracy ) Tsai Ing-wen said that -”[Taiwan is on the frontlines of the global contest between liberal democracy and authoritarianism. As countries increasingly recognize the threat that the Chinese Communist Party poses, they should understand the value of working with Taiwan. And they should remember that if Taiwan were to fall, the consequences would be catastrophic for regional peace and the democratic alliance system. It would signal that in today’s global contest of values, authoritarianism has the upper hand over democracy]”.

This article of Wen should be seen in the context of recent increased military tension between Taiwan and China where US Secretary of State Blinken said on Wednesday that “[The actions we’ve seen by China are provocative and potentially destabilizing. What I hope is that these actions will cease because there’s always the possibility of miscalculation, of miscommunication, and that’s dangerous]” as reported at

Also in the context of the head of a French delegation of senators who on Thursday called Taiwan a "country" during a visit to Taipei, risking fury from China which has strongly protested against the trip, Beijing's ambassador also wrote a letter to Richard in February, saying the visit would "clearly violate the one-China principle and send the wrong signal to pro-independence forces in Taiwan" as reported at

Not only these Chinese protests, the 'Global Times' (considered to express official views & policies) even threatened war against Taiwan when in its editorial it said that - “[The strategic collusion between the US and Japan and the DPP authorities is becoming more audacious, and the situation across the Taiwan Straits has almost lost any room for maneuver teetering on the edge of a face-off, creating a sense of urgency that the war may be triggered at any time. The secessionist forces on the island will never be allowed to secede Taiwan from China under whatever names or by whatever means, and the island will not be allowed to act as an outpost of the US’ strategic containment against China. If the US and the DPP authorities do not take the initiative to reverse the current situation, the Chinese mainland's military punishment for "Taiwan independence" secessionist forces will eventually be triggered. Time will prove that this warning is not just a verbal threat]” as mentioned at

No doubt Taiwan is facing an existential threat but it will be naive on the part of Taiwan and its leadership if it is blindly depending on the USA for the protection of its democracy which may render Taiwan as another Afghanistan. Hence Taiwan should do the following if it wants to avoid the catastrophic military take-over of Taiwan by China:-

(1)- First and foremost Taiwan should understand that it is not merely Afghanistan which has been ditched by the USA in favor of China-Russia combine. Out of some global conspiracy (may be under pressure of global capital which is heavily invested in China) the USA has not only abdicated the responsibility of leading the ‘liberal Western democracy’ but for the last over one decade (since the Presidency of Obama) the USA is intentionally conceding military grounds all over the world to China-Russia combine, which is evident from following examples to name some (i)- The USA had already decided to treat Taliban not as enemy and spared them which later on came to light in February 2016 when in Senate Armed Service Committee to a question from Senator Lindsay Graham,  General Campbell informed that - “[What I would tell you is that our country has made the decision that we are not at war with the Taliban]”(ii)- The USA allowed Crimea to be snatched from Ukraine in 2014 by Russia (without firing a single bullet) despite the ‘Budapest Memorandum’ (which treacherously snatched all the nukes from Ukraine) under which the USA is under legal obligation to protect the territorial integrity of Ukraine. (iii) The USA (which was clamoring all along for the removal of President Asad) allowed Russia to send its military in 2015 in Syria which has consolidated the power of Asad though Syria is still suffering immensely in the name of Arab spring (democracy). (iv)- The International Tribunal in 2016 gave a favorable award to the Philippines with a ruling that China’s nine-dash line claim and accompanying claims to historic rights have no validity under international law but China refused to accept it and the USA did nothing for enforcing this award. (v)- The Corona pandemic allegedly originating from a laboratory in China (as per the USA) has troubled & harassed the entire world and may do so again if proper protocols & SOPs (for laboratories all across the world which are dealing with such viruses) are not established after detailed investigation. But the USA never tried seriously to initiate proper enquiry & investigation through the UN in this matter. (vi)- Through toothless sanctions against Russia (after the Crimea episode) the USA has helped China to get cheaper oil from Russia. By neglecting the responsibilities under the non-proliferation regime of the UN about nukes (where no one should be allowed to have nukes) through meaningless sanctions against Iran (by intimidating India) the USA has again allowed China to import cheaper oil from Iran. (vii)- The media, members of Congress, NGOs and many members of administration of the USA  were saying openly that Pakistan was using US-money and otherwise to help, support and promote Taliban (which was killing the security forces and other of the USA and of its allies including NATO) but the USA did nothing worth the name to stop it and punish Pakistan for it. With the result now China, Russia, Iran and Pakistan are deciding the fate of Afghanistan under the Taliban.

(2)- Since the start of twentieth century Europe and countries of European origin (like the USA etc) have been working in the interest of their military - industrial complexes which caused World Wars I & II also. Even now the West led by the USA is trying to create a situation in the Indo-China region like it was in Europe before World War I where the European countries were making various alliances to balance the powers in order to avoid war but it resulted in catastrophic WW I and ultimately in WW II. Similarly the USA is presently making alliances like QUAD, AUKUS etc against China though the resolution of international disputes, like freedom of navigation etc is the responsibility not of individual member countries like India etc but of the UN (in which QUAD leader, the USA has allowed  China to have permanent membership, along with its various privileges). Presently these  military - industrial complexes are being facilitated by the establishments of the West led by the USA to suck the blood (money /wealth) of Taiwan by making Taiwan dependent on the West for its survival.

(3)-  The USA has made Israel dependent on the USA for its existence by making billions of Muslims its enemy by not demanding the ‘one State solution’ where Palestinians can also live in their motherland. Similarly the USA has made Taiwan dependent on it for its existence against the threat from billions of Chinese by not ensuring for Taiwan the status of an independent country entitled to become a full-fledged member of the UN (which is the only solution, worth the name, for Taiwan) .

(4)- In such a situation there is no hope for Taiwan of getting help from the USA (about becoming an independent country) without the help of some other countries which may persuade the USA to do so. Fortunately for Taiwan there is one country namely India which may help Taiwan in this matter because the USA nowadays listens to India to some extent in the interest of so-called contentment of China and India can be motivated because it is also a victim of Chinese authoritarian regime and of its Veto in the UN

Therefore if Taiwan wants to lead a peaceful life with honor (as an independent country) then it should try to rope-in mainly India for persuading the world community especially the USA for launching an alternative world body of secular democracies (with UN in existence or otherwise which will also neutralize Chinese Veto power in the UN) because Taiwan should know that mere appeals (as done in said article ) will not serve the purpose and only by mobilizing the secular democratic forces of the world, the authoritarian Chineses regime and its allies (the other authoritarian regimes) can be kept at their proper place.