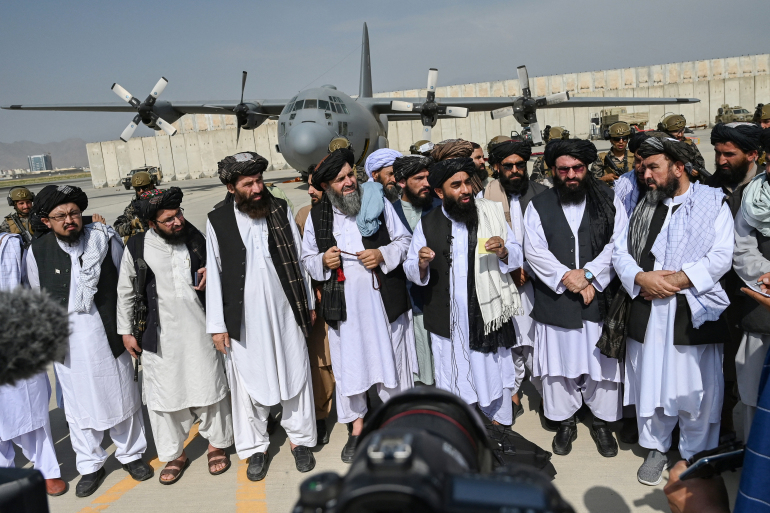 https://www.france24.com/en/asia-pacific/20211112-deadly-blast-hits-another-afghanistan-mosque-during-friday-prayers . In addition to this November, 12 terrorist attack, after coming to power of Taliban on August 15, 2021 the ISIS-KP has already carried out attacks at various places in Afghanistan on August 26, September 18, 22 October 3, 6, 8, 15 and November 2 in which 349 were killed and 457 injured. The two meetings about Afghanistan this week (one in India and other in Pakistan) have failed to address the problems of Afghanistan, especially problems which are resulting in such terrorist attacks in various cities of Afghanistan.

Unlike Taliban which is Afghanistan specific the militant Jihad group, the ISIS-KP is a global militant Jihadi group which wants to establish Islamic / Sharia regime in the entire Muslim world therefore Taliban, China, India, Russia, West and Pak-military are against ISIS-KP for their own reasons. Taliban is afraid of losing ideological war to ISIS-KP because global Jihad has stronger appeal than merely Afghan Jihad. China is worried about ISIS-KP exploiting the human rights violations of Uyghurs in the Xinjiang province of China. India is worried that ISIS-KP can use the unresolved chronic & gory Kashmir problem (where Muslims are suffering) to invade India. Russia is worried about likely increase in influence of global militant Jihadi ISIS-KP not only in former USSR member States of Central Asia (which is Russia’s area of influence) but in the Russia itself. The West led by the USA is worried of terrorist attack by ISIS-KP on their soil because of the traditional animosity of global Jihadis against the West led by the USA also due to the unsolved chronic & gory Palestine problem. Pakistan military is worried that if global Jihadis take the lead for militarily snatching Kashmir from India (even if they may not succeed) then not only it will reduce the importance and clout of Pak military but will also bring these Jihadis very close to Pak nukes (may not be in its possession but in the position of effective operational control).

Some people may say that when ISIS-KP (in league with other global militant Jihadis) are opposed by so many dominant powers then how can the ISIS-KP succeed in posing any danger, worth the name, to the world. But situation is not that simple given what is presently happening in Pakistan, as given below:-

(i)- After victory of Taliban in Afghanistan the Jihadis all over the world got emboldened to the extent that even a office bearer of PM Imran’s party the PTI said on media that Taliban will get us Kashmir (https://www.hindustantimes.com/world-news/taliban-with-us-to-free-kashmir-from-india-pak-govt-leader-on-tv-news-debate-101629818453064.html ). Though other office bearers of the PTI have denied any such planning by Imran government but more important is the impression among Muslim Ummah that it has  NOW become possible to take Kashmir militarily from India through militant Jihad.

(ii)- After notification controversy - (where PM Imran humiliated Pak Army Chief Gen. Bajwa on the issue of appointment of ISI Chief . Though Imran retained the nominee of Gen. Bajwa as DG- ISI but delayed his date of appointment from 25 October to 20 November and issued a press statement that a new DG-ISI has been appointed after taking interview of three aspirants) - the things have started moving fast in the political scenario of Pakistan. Opposition parties under PDM have started planning for march etc for fresh elections, Pak military forced Imran government to enter into agreement with ‘Tehreek-e-Labbaik Pakistan’ the TLP (https://twitter.com/North_Star88/status/1454459953448722434 ) with the result TLP has become attractive to many political parties and which has a potential of defeating Imran’s party in elections, Imran government faced defeat on two bills introduced (one by government and other by opposition) in National Assembly on Tuesday (as https://www.dawn.com/news/1657066 ),  Imran in a legally bizarre manner was summoned in Supreme Court where he was grilled on talks with ‘Tehreek-e-Taliban Pakistan’ (TTP) and about alleged non-action against perpetrators of terrorist attack on a military school in Peshawar in 2014 (as https://www.dawn.com/news/1657164 )

(iii)- Here two things are to be noted. First PTI government at Centre and in Punjab had already over-played their hands in obstructing the demonstrations and march of TLP (which was TLP’s democratic right) which caused unnecessary loss of lives and injuries of dozens of TLP and security forces but Imran government was perfectly legitimate in allowing political activities to the TLP through even agreement. Secondly, as far as talks with TTP the Imran government had made it clear that the people who killed children etc at Peshawar school in 2014 will be punished as per law and other members of TTP who want to come in mainstream by accepting the constitution of Pakistan will be allowed to do so As per said ‘Dawn’ article the Information Minister of Imran government said to media that  -[ If all of them or some of them or part of them want to come back and express their allegiance to the Constitution of Pakistan and undertake to respect the law of the country, obviously, we will give them a chance. The government will give a chance to those factions of the TTP that are not directly involved in terrorism and are ready to honor Pakistan's Constitution and law, whereas the hardcore TTP terrorists involved in the killing of innocent people and still wanting to continue their nefarious activities will be dealt with an iron hand]. Such agreements of governments with yielding militants are common all over the world in democratic countries but still the Supreme Court in a legally objectionable manner tried to harass PM Imran Khan during his appearance in Court.

This is the biggest danger. If Imran is further cornered politically then (as PTI office bearer revealed in media and also as per Pak media, under the influence of black magic version of Islam) Imran may seriously think of launching Kashmir expedition with the support of global Jihadis, the ISIS-KP (who will be supported by global Jihadis like Al-Qaeda etc already operating in Afghanistan and who will be supported by Taliban too whether they like it or not), TTP, TLP and will be supported by religion-based parties in Pakistan like JUI-F etc (whether they like it or not). The USA can ward-off such an explosive situation, as follows:-

(1)-  Prez Biden should start issuing statements himself or through White House spokesperson against judicial overreach & inaction (and its correction) in Pakistan and India namely (i)- About the judicial coup through which Nawaz was removed from Prime Ministership without proper judicial proceedings and PML-N office bearers (including Nawaz) have not been allowed to contest elections (ii)- The way NAB is working which is nothing less than persecution of opposition in Pakistan (iii)- The way people & opposition are not allowed to protest in Pakistan (iv)- About free & fair elections in Pakistan (i)- India and Pakistan not taking interest in plebiscite in J&K and Balochistan (vi)- India and Pakistan not taking interest about ‘dual citizenship’ to about 160 million Hindus, Sikhs and Muslims  forcibly displaced during partition (vii)- SCI not hearing cases about amendment of Article 370 and 35-A of the Constitution of India (viii)- India not coming to the UN for getting its border dispute with China resolved through Judicial Commission (ix)- India (in J&K) and Pakistan (in Balochistan etc ) not allowing international press to cover human rights violations in their countries.

(2)- But all these legal measures will not succeed in improving the situation in the Indo-AF-Pak region unless the right to freedom of religion is ENFORCED (even militarily if necessary) first in India and Pakistan. The USA should know that the West has been able to progress not merely due to democracy (with universal adult franchise) but equally due to secularism. Both India and Pakistan (in varying degrees, much harsher in theocratic Pakistan than in constitutionally secular India) discourage free conversion to other religions. In Pakistan even Ahmadiyas are not considered Muslims and persecuted and even discriminated against, officially. Therefore unless other religions than Hinduism in India and other religions than Islam in Pakistan are allowed to be practiced freely and indiscriminately and even to convert other religionists to their religion, the things will never improve in Indo-AF-Pak region.

It is hoped that Prez Biden will realize the importance of law (national & international) and secularism-based-religion for winning the Cold War - II where the Indo-AF-Pak region is witnessing the fight-to-finish clash of three ideologies namely ‘liberal Western democracy’, ‘authoritarian Chinese democracy’ and Islamic - Jihadism. 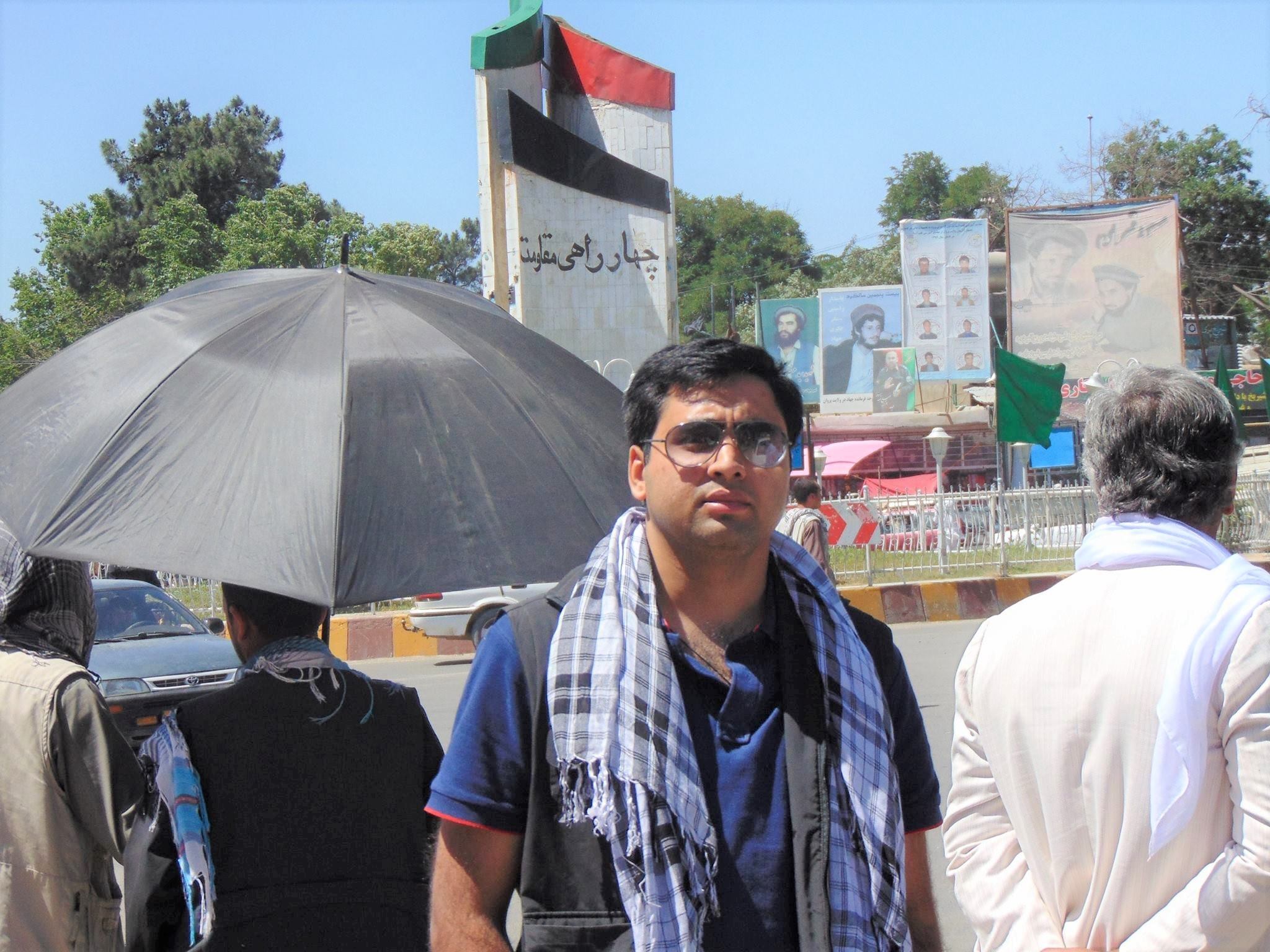