RISE AND FALL OF SOVIET SOCIALIST REVOLUTION. BY ABBAS KASSAR 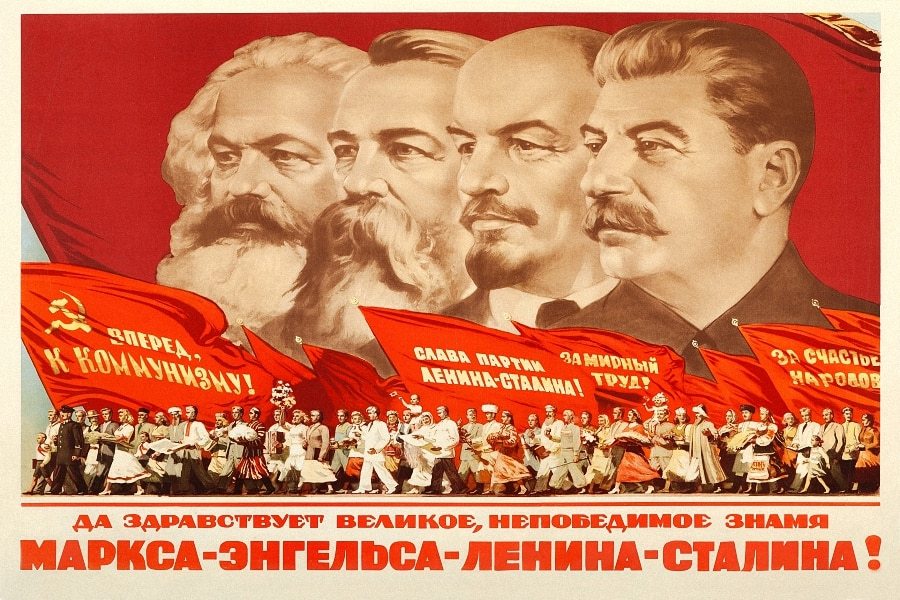 The cruel autocratic rule of the Czars was heritage of Mangol Khans and Byzantine empire which had flourished to the south. For centuries people of Russia mostly peasants were oppressed under tyrannical landlords, brutal conscription and monstrous bureaucracy. As early as 1873 during the reign of Catherine the Great, first anti Czar leader Emelyan Pugachev led the revolt over harsh rules of  military service, the injustices of serfdoms and bureaucrats. He was arrested and banished to Siberia, one of first of many thousand political workers.

13 British colonies of America which gained freedom from colonial power in 1874 after long war proved political explosion in whole world. This experiment of constitutional government inspired group of  reformists who attempted to stage uprising but it was too suppressed.

Amidst  increasing tension, a more realistic Czar Alexander-II came to imperial throne in  1855. Acknowledging the grievances and unrest among population, he took bold step by liberating serfs. He was assassinated under palace conspiracy which steadfasted unrest among the oppressed people. Peasants formed organized bands which raided mansions of landlords, burnt them, confiscating their grain and farm implements.

In St. Petersberg  and Moscow industrial workers were stirring restlessly. In 1905  an able priest father Georgy Gabon organized society  of industrial workers and led a giant procession and marched to Winter Palace through an appeal to Czar Nicholas II for relief to oppressed population. Zcar’s troops opened fire. Hundreds were mowed down. In history that January Sunday is called as Bloody Sunday. Same year industrial workers of St. Petesberg and Moscow organized themselves in Soviets. Czar was so frightened that he acceded to formation of legislative body Duma though with limited powers. Despite Duma the moderate political workers continued struggle for more reforms while more revolutionaries worked underground against aristocrats and landlords. Finally 1st World War flames engulfed entire system. Czar’s bureaucracy was unable to cope with defeats of war.

At this juncture as discontent among industrial and political workers reached the breaking point soldiers took sides with workers and refused to open fire on workers on orders of Czar Nicholas who finding no choice abdicated.  Such conditions provided golden chance for Vladimir Oleych Olyanove ( with adopted name Lenin).He rushed to Moscow ( from Germany). He saw that  though provisional government was functioning but it has no powers. He gave call to Bolshevics to seize power. First such attempt in July 2017 could not succeed. However another attempt in October  2017 ( November according to Georgeon calendar) succeeded with Lenin new head of state. Army played vital role in take over by Communists  as soldiers along with Bolshevic workers took over all government offices across Russia including Winter Palace.

Although the Bolsheviks held large support in urban areas, they had many enemies both foreign and domestic that refused to recognize their government. As a result, Russia erupted into a bloody civil war, which pitted the "Reds" (Bolsheviks), against the enemies of the Bolshevik regime collectively called the White Army. The White Army consisted of: independence movements, monarchists, liberals, and anti-Bolshevik socialist parties. In response, Leon Trotsky began ordering workers' militias loyal to the Bolsheviks to begin merging and formed the Red Army. While many notable historical events occurred in Moscow and Petrograd, there were also major changes in cities throughout the state, and among national minorities throughout the empire and in the rural areas, where peasants took over and redistributed land.

As the war progressed, the RSFSR began establishing Soviet power in the newly independent republics that seceded from the Russian Empire. The RSFSR initially focused its efforts on the newly independent republics of Armenia, Azerbaijan, Belarus, Georgia, and Ukraine. Wartime cohesion and intervention from foreign powers prompted the RSFSR to begin unifying these nations under one flag and created the Union of Soviet Socialist Republics (USSR). Historians generally consider the end of the revolutionary period to be in 1923 when the Russian Civil War concluded with the defeat of the White Army and all rival socialist factions. The victorious Bolshevik Party reconstituted itself into the Communist Party of the Soviet Union and would remain in power for over six decades.

REASONS FOR COLLAPSE OF SOVIET UNION

Many factors affected the Soviet Union's economy including the nuclear race, the Chernobyl disaster, and the war against Afghanistan

During USSR's economic crisis, military officials and politicians kept their luxurious lives while the general public suffered from extreme poverty

After the independence of all 15 neighboring countries, the USSR lost most of its internal influence and power which led to its downfall