Can Bangladesh meet its longstanding commitment to advancing human rights through its victory over UNHRC membership? By Samina Akhter 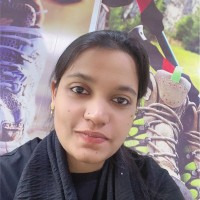 An accomplishment for a nation is always winning an election in a global setting. The goal becomes greater significance when membership is granted by secret ballot to a respected international rights body like the United Nations Human Rights Council (UNHRC). Bangladesh just won a record 160 votes in the Asia-Pacific area, defeating other 7 aspirant candidates in the region, to become a member of the 47-member human rights organization for the 2023–25 term. Since 2006, Bangladesh has now successfully attained the rank five times. Bangladesh had previously triumphed in 2006, 2009, 2014, and 2018.

The triumph is more important than ever this time. The country is currently dealing with the difficulties of a smear campaign and propaganda regarding the alleged human rights breaches in Bangladesh. A politically motivated group is spreading false information about Bangladesh both domestically and internationally in an effort to undermine the nation's successes in protecting and supporting peace, human rights, development, and democracy. Even though the rumors are unfounded, some individuals have begun to speculate that Bangladesh may soon be subject to additional sanctions or an embargo because of its violations of human rights. Additionally, the combined catastrophe of the COVID-19 epidemic and the Ukraine war have significantly altered the global human rights framework. The overwhelming victory in the election of 2022 prompts the discussion of why Bangladesh won the election once more in 2022. One can comprehend the causes of the achievement if one focuses on the historical account, track record, and recent advancements and endeavors of Bangladesh.

Bangladesh's major involvement in peacekeeping missions: Bangladesh consistently pursues peace and respect for human rights in its fundamental internal and international policy objectives. The nation focuses on defending and advancing peace and human rights in regional and international fora. Bangladesh has consistently fought against injustice, upheld human rights, and spoken out in favor of these causes. Bangladesh has extended its support and endeavors in every UN system initiative relating to peace, development, and human rights, including passing resolutions, taking actions, and building collective force. For instance, the then-prime minister of Bangladesh, Sheikh Hasina, was instrumental in the adoption of Resolution 53/243 on the "Declaration and Programme of Action on a Culture of Peace" by the United Nations General Assembly in 1999. Later, the UN unanimously ratified Bangladesh's resolution on a "culture of peace" in 2021. Therefore, the ongoing fight for peace and human rights may have contributed to the triumph this year.

Rohingya humanitarian issue: Bangladesh's unwavering humanitarian support for the Rohingya population is a significant aspect to be taken into consideration in this regard. The nation has been giving people food and shelter, distributing the load, and accepting security threat risks. Bangladesh has been hailed as a global champion of human rights. The Prime Minister of Bangladesh, Sheikh Hasina, has courageously defended human rights in a country with a large population. Sheikh Hasina's attribution of the title "mother of mankind" is the best illustration of how the international community has come to trust and respect Bangladesh. This perception and conviction may have led a big number of nations to support Bangladesh and applaud its achievements. The fact that Bangladesh is a member of the international forum has been a strong suit for it.

Bangladesh's diplomatic influence for justice and human rights in regional and international fora: Another thing to consider is Bangladesh's expanding diplomatic influence for the cause of justice and human rights in regional and international fora. In the past ten years, the nation has made a significant impact on bilateral and multilateral concerns like climate change, maintaining international peace, and human rights. Bangladesh is currently the third world's voice and leader when it comes to securing climate justice. The nation served as the Vulnerable 20 and Climate Vulnerable Forum (CVF) Chair (V-20). Rabab Fatima, the Permanent Representative of Bangladesh to the UN, became the first female Chair in the organization's history as a result of her dedication and contributions. Additionally, Bangladesh assumed leadership of interregional and regional organizations including the Indian Ocean Rim Association and the D8 Organization for Economic Cooperation (IORA). These elements might be crucial in achieving such accomplishment. Notably, Bangladesh has been portrayed in the international arena with fresh vigor and responsibility thanks to PM Sheikh Hasina's daring, visionary, and bold attitude on international crises and emergency situations. Therefore, playing a strong diplomatic role and taking a forceful stance on topics affecting global improvement on the international stage may help you win the election. As a result, the international community placed trust and confidence in Bangladesh when choosing its UNHRC representative.

Bangladesh's development issue: Bangladesh has advanced significantly in socioeconomic and developmental fields over the past ten years. Through socioeconomic programs and strategies, the nation has improved the lives of millions of its citizens. High economic growth, food security, and encouraging human development advancements have made the nation news in international media. This could be what led to the triumph. Bangladesh has experience and success in this area; thus, the international world may believe that Bangladesh can defend and advance human rights. Further evidence of the nation's capacity and competence to protect international human rights can be found in the advancement of women's empowerment, progress in establishing labor rights, accomplishments in the SDGs and MDGs, as well as in the global hunger, food security, and human development indexes. Bangladesh was able to win the election thanks to its own qualifications and capabilities.

Michelle Bachelet's Bangladesh visit: The words of the Chief of the United Nations High Commissioner for Human Rights, who visited Bangladesh from August 14–18, 2022, are another factor that could contribute to the success. Following her visit, a report was released that shows how confident the UN was in Bangladesh's commitment to human rights. The international scene has benefited from this report. Positive findings from a UN rights agency are unquestionably a success and have significant effects. The UN member nations may use the study as a guide when deciding to place Bangladesh in charge of the world's human rights issues for the next three years.

Last but not least, Bangladesh's extensive expertise in addressing human rights issues may also be a contributing element. To be mentioned, Bangladesh served in the UNHRC twice consecutively between 2018 and 2021, totaling four terms from 2009 to 2021. Additionally, the nation has a solid track record when it comes to protecting human rights. Foreign Minister AK Abdul Momen added, "Bangladesh's victory vindicated again that the international leaderships have faith in Sheikh Hasina's government and the track record of Bangladesh's respect for human rights. The Bangladeshi government is constantly in the forefront of advancing justice, human rights, and democracy. Who else will serve as the Council member where Bangladesh has the qualifications and track record to assume responsibility for the daring task? Bangladesh may receive votes from UN members who believe it can contribute due to its background in handling human rights issues. It comes as a result of the faith the international community has in Bangladesh's contribution to the United Nations' instruments for human rights.

In conclusion, Bangladesh's overwhelming victory in the UNHRC election in 2022 has demonstrated the nation's dedication to and support of human rights. It demonstrates Bangladesh's ongoing dedication to promoting human rights, world peace, and development. Bangladesh has the required qualifications and capacity to join the rights organization. The nation's powerful advocacy for human rights and peace, long-standing fight for justice and equality, steadfast diplomatic presence in the international community, and unwavering dedication to advancing and defending the rights of the global commons all played a role in the success of the rights global body.