Violence against women and girls is not cultural but criminal. By SHOBHA SHUKLA 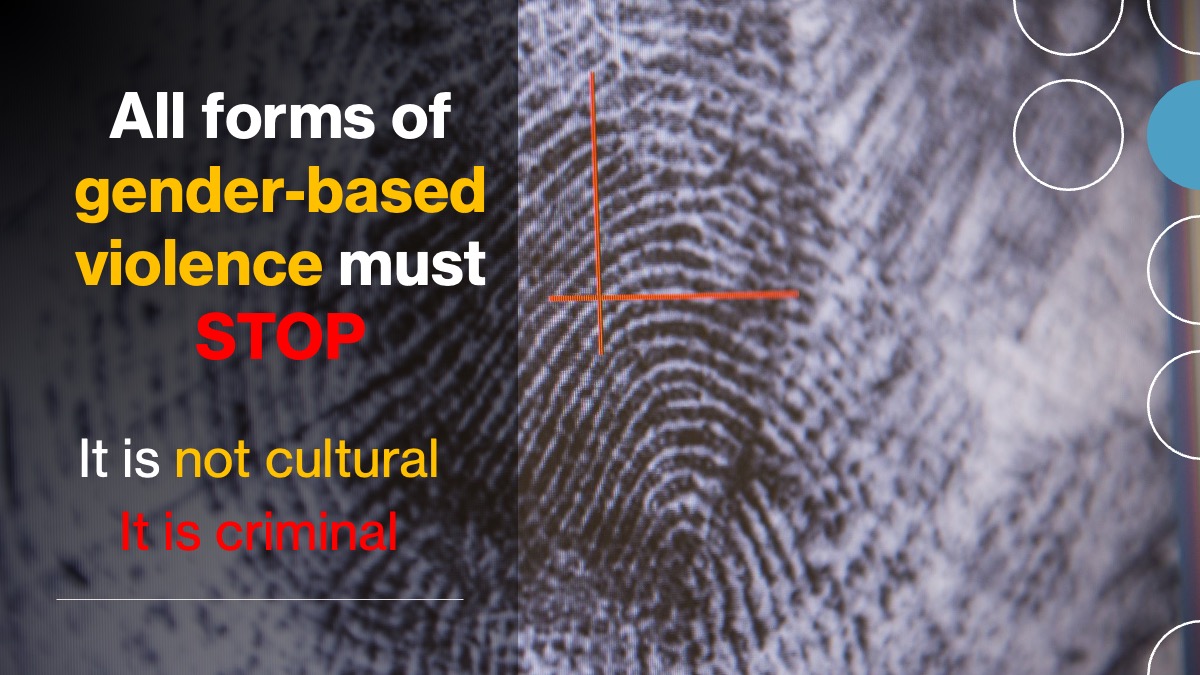 Violence against women and girls remains the most pervasive human rights violation around the world. It manifests itself in many forms: sexual violence, physical violence, emotional and psychological violence, harmful traditional practices, socio-economic violence, and other forms of gender-based violence. Explicit and implicit cultural legitimation for violence against women and girls has to end if we are to deliver on the promise of a socially just and ecologically sustainable world order for everyone.

Despite years of unending struggle to end all forms of gender-based violence, more than 1 in 3 women continue to experience gender-based violence during their lifetime, a figure that has largely remained static over the last decade. This becomes even more alarming when we realise that the 2030 UN Agenda for Sustainable Development Goals (SDGs), adopted by all countries globally in 2015, calls for the elimination of violence against women and girls (by 2030) - namely through target 5.2 under SDG-goal 5 on gender equality and women's empowerment.

The annual observance of 16 Days of Activism Against Gender-Based Violence campaign that began on Friday, 25 November 2022 (International Day for the Elimination of Violence Against Women) ended on Saturday, 10 December 2022 (Human Rights Day). Led by civil society, and managed by UN Women, the campaign is supported by the United Nations through the Secretary General’s UNiTE by 2030 to End Violence against Women initiative that was launched in 2008. This year’s theme was “UNiTE! Activism to end violence against women and girls”.

Is femicide data, tip of the iceberg?

According to a study, of the estimated number of 81,100 women and girls killed intentionally in 2021 worldwide, 45,000 (55%) were killed by intimate partners or other family members. In other words, more than 5 women or girls are killed every hour by someone in their own family. While these numbers are alarmingly high, the true scale of femicide is likely to be much higher, more so as data on gender-related killings committed in the public sphere are particularly scarce.

In the Asia Pacific region, as many as 75% of women have reportedly experienced sexual harassment. Also, over 37% of women in South Asia, 40% of women in South-East Asia and 68% of women in the Pacific have experienced intimate partner physical or sexual violence in their lifetime. As per a WHO report prevalence of lifetime intimate partner violence among ever-married/ ever-partnered women aged 15–49 in South-East Asia region is highest in Bangladesh at 50% followed by Timor Leste at 38% and India at 35%.

Combating sexual harassment and other forms of gender-based violence is a long and difficult journey, especially in South Asian countries, where such offences seem to have become a regular occurrence. So much so that in many countries, sexual harassment in public spaces is often normalized and referred to as eve-teasing. Simple acts like walking down a lonely street or catching a late night bus or metro alone are fraught with trepidation for many of our sisters, despite all the so called talks of women empowerment.

Crimes against women and girls are on the rise

Another scary dimension is the increasing incidence of rape of minor girls, even as young as 5 years or less. Everyday we come across news of sexual assaults on toddlers and kids. The perversity of raping a 2-3 years old girl child is beyond comprehension. It reeks of a degenerate patriarchy that has sunk to abysmal depths.

In 2021, 430,000 crimes against women were registered in the country, as per the National Crime Records Bureau - a 13% increase from 2020. More over, nearly 32,000 women were raped (almost 90 everyday), 10% of them being minors, some of them even below 6 years of age. The actual numbers would be much higher as many cases go unreported. Worse still rape survivors are treated inhumanely- stigmatised by the society, and often shamed by the police and the judiciary.

Factors associated with sexual and gender-related violence perpetration include beliefs in family honour and sexual purity; ideologies of male entitlement and privilege over women; social norms regarding masculinity; assertion of male control or power to enforce decadent gender roles; discriminatory laws and weak legal sanctions for sexual violence. Gender inequality and norms on the acceptability of violence against women are a root cause of violence against women and girls.

Violence against women and girls with disabilities

he plight of women and girls with disabilities is still worse. They are on the blind spot everywhere. Even as countries strengthen their infrastructure in various sectors, the needs of people with disabilities are often overlooked. It is very common to see even modern buildings in countries of South and South-East Asia that total disregard the needs of those with disabilities. They lack even simple things like ramps and/or pathways that can be navigated by those with physical or visual impairments, forget about special parking lots for them, as we find in the West.

"Women and girls with disabilities face lots of limitations throughout their lives. It starts from their family, and then percolates to the society, community and institutions. Many of those coming from poor families, are physically tortured by their own family members and community people. There has to be overall inclusion of those with disabilities in all sectors. It is about their dignity and acceptance”, said Ashrafun Nahar Misti, Executive Director, Women with Disability Development Foundation (WDDF) Bangladesh. Misti spoke with CNS (Citizen News Service) around the International Day of Persons with Disabilities.

Having a positive attitude, behaviour and acceptance of women will go a long way in reducing violence against all, including women and girls with disabilities, she added.

The hectic activities of this year’s 16 days of activism against sexual and other forms of gender-based violence are behind us now. But this is an everyday battle. Every person regardless of gender expression and identity, must unite to fight all forms of gender-based violence every waking moment, with unstinted support from governments, who have already promised to deliver on the SDGs, one of which calls for the elimination of violence against women and girls.

Economic and social empowerment of women and girls and their increased participation in the workforce will go a long way in dismantling patriarchal systems and making this world a safer place to live in. Yes, it is easier said than done. But we have no other option. The campaign has to percolate to every nook and corner of every region and not remain confined to urban elite pockets. Together we can.

((Shobha Shukla is the award-winning founding Managing Editor and Executive Director oNS (Citizen News Service) and is a feminist, health and development justice advocate. She is a former senior Physics faculty of prestigious Loreto Convent College and current Coordinator of Asia Pacific Regional Media Alliance for Health and Development (APCAT Media). Follow her on Twitter @shobha1shukla or read her writings here www.bit.ly/ShobhaShukla))