Kashmir and Impasse at the United Nations. By Dr. Ghulam Nabi Fai 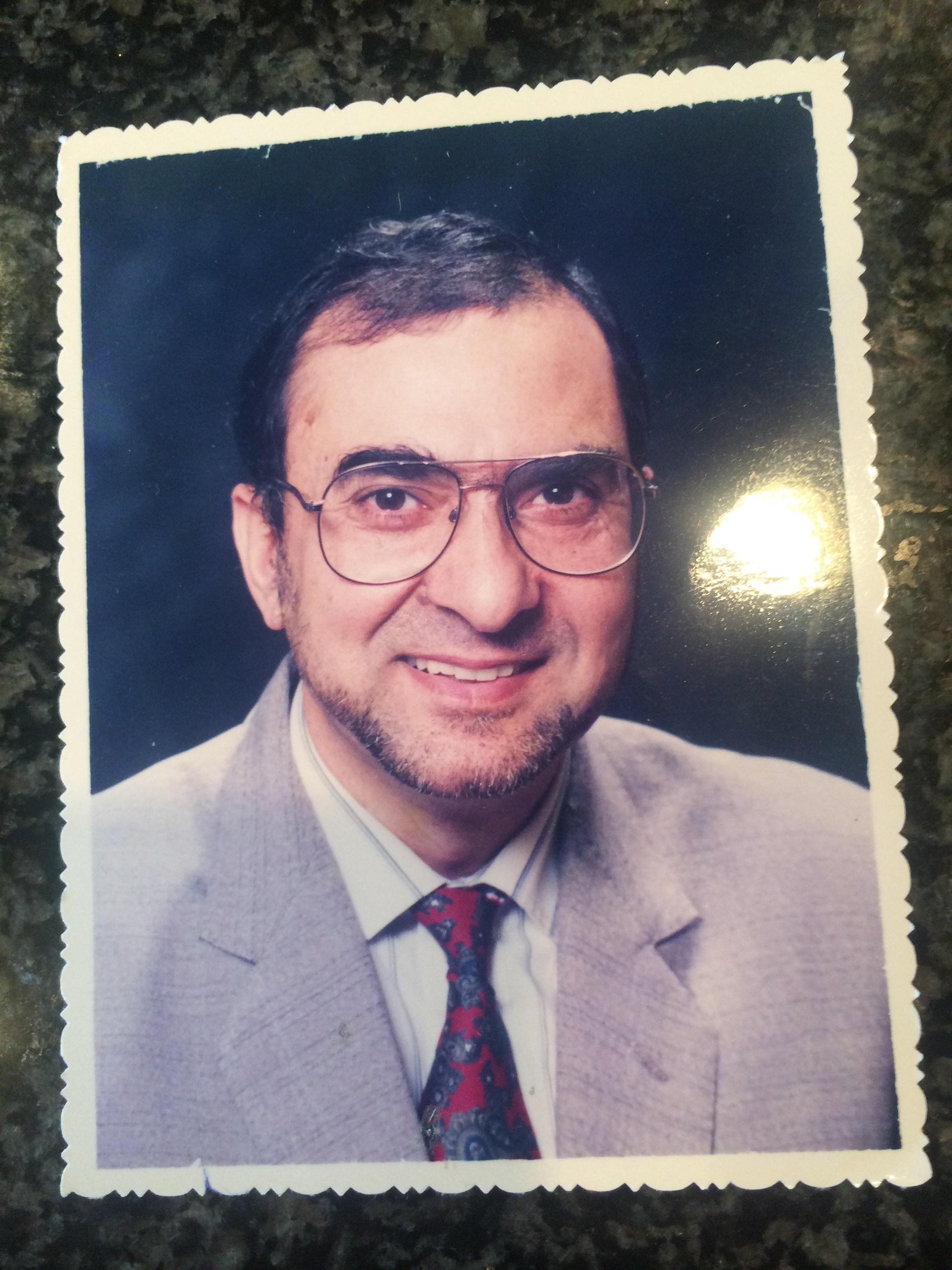 Kashmir is a dispute recognized by the United Nations. It holds the infamy as the most dangerous place on the planet. The 76-year-old conflict in that disputed, divided, devastated, and illegally occupied territory is the bone of contention of the nuclear tension in the region of South Asia. Without a just and lasting peace in Kashmir that vindicates self‑determination, trying to reduce missile and nuclear arsenals; and bring normalcy in the region of South Asia will be an exercise in futility.

By all customary moral and legal yardsticks, 23 million people of Jammu & Kashmir enjoy a right to self-determination. The princely state, after British suzerainty for a century, achieved independence on August 15, 1947, when British jurisdiction lapsed. At that time, Kashmir had chosen neither accession to Pakistan nor to India, which had been created as separate nations through a British partition along largely Hindu-Muslim communal lines. Nothing regarding partition or the lapse of British control required Kashmir to renounce independence for absorption in a neighboring nation.

Sir Gopalaswami Ayyanger, the Indian delegate to the United Nations spoke on January 15, 1948, at the Security Council, “When the Indian Independence Act came into force, Jammu and Kashmir, like other states, became free to decide whether it would acceded to the one or the other of the two dominions, or remain independent.”

Sir Benegal Rama Rau, Indian delegate to the United Nations said at the Security Council on March 1, 1951, “India should like at this stage to try to remove some of the misconceptions and prejudices that appear to have gathered round this subject.  The Kashmir question is not a Hindu – Moslem question as so often represented or misrepresented.”  He further said that “The people of Kashmir are not mere chattels to be disposed of according to a rigid formula; their future must be decided on their own interest and in accordance with their own desires.”

The Maharaja ruling over Kashmir, however, was an oppressive Hindu whose tyranny had sparked an indigenous insurgency. The then Prime Minister of India, Pandit Nehru, had voiced a consensus view that sovereignty in princely states like Kashmir had devolved on their respective peoples as of August 15, 1947; and, that the peoples’ voice should prevail in a plebiscite over the sovereignty ambitions of ruling maharajas in cases of conflict. In two other princely states – Hyderabad & Junagarh -- where the rulers were Muslim, Nehru enforced his view by flexing India’s military muscles. In Kashmir, Nehru championed a plebiscite to determine its sovereign destiny. Accordingly, India sponsored plebiscite resolutions before the United Nations Security Council, which were adopted in 1948 & 1949.

The United Nations Commission for India and Pakistan (UNCIP) worked out the concrete terms of settlement in close and continuous consultation with both India and Pakistan. These were crystalized in two resolutions adopted on August 13, 1948, and January 5, 1949. As both governments formally signified their acceptance of the commission’s proposals, they constituted an international agreement as binding as a treaty. A ceasefire was immediately enforced. The Commission then started negotiations to draw up a plan for the withdrawal of Indian and Pakistan armies from the State in a manner and sequence that would not cause disadvantage to either side or imperil the freedom of the plebiscite. Meanwhile, a distinguished American, Admiral Chester Nimitz, was designated as the Plebiscite Administrator.

Progress towards a solution was, however, blocked by India’s refusal to accept that the withdrawal of forces on the two sides should be balanced and synchronized. India, however, was soon undeceived of its delusions over Kashmir's political yearning.  Recognizing that its people would never freely vote accession to India, it contrived excuse after excuse to frustrate a plebiscite.  When the United Nations proposed arbitration, a reference to the World Court, or any other method of resolving minor demilitarization quarrels, India nixed them all.  After a few years, it dropped all pretense of acceding to a referendum by unilaterally proclaiming its annexation of Kashmir.  India's proclamation has never been accepted by the United Nations, which continues to list Kashmir as disputed territory and subject to the Security Council's self-determination resolutions.

Not a single politician in India believes for a second that a majority of Kashmiris would prefer accession to India to independence. Yashwant Sinha, leader of BJP and former India’s foreign minister said, there is no question of losing (Kashmir). We have lost Kashmir. P. Chidambarum leader of Indian National Congress and former India’s finance minister said, “We have practically lost Kashmir.” That explains India’s stubborn resistance to implementing the U.N. Security Council’s plebiscite resolution which India itself sponsored.

Today, the Government of India has deployed a staggering 900,000 military and paramilitary forces in Kashmir at stupendous monetary costs to suppress indigenous aspirations for freedom and justice. Human rights violations perpetrated with impunity are as grimly regular as the rising of the sun in the east and the setting in the west. Since the beginning of the latest phase of freedom struggle born in 1989 from another rigged election, over 100,000 Kashmiris have died in conflict. Indeed, the grim deaths have become so routine that they are reported in major newspapers like car accidents—buried in the back pages with two or three lines of ink. Every independent human rights organization that has surveyed the Kashmiri landscape has expressed horror and outrage at the human rights inferno created by India, for example, Human Rights Watch, Amnesty International, Genocide Watch, and even the two reports issued by the United Nations High Commissioner on Human Rights.

Dr. Syed Nazir Gilani, President, JKCHR wrote to the UN Secretary General that “Modi Government has carried out a dangerous act of aggression against the people of Kashmir and has savaged all existing obligations pending under UN Security Council Resolutions.”

Adlai Stevenson, former United States Ambassador to the United Nations  proved prophetic when he said on February 24, 1964, “It is a matter of the greatest regret to my Government, as it is to so many governments here represented, that India and Pakistan have been unable to reach a  settlement either through the mechanism set up by the Security Council or in bilateral talks, and that this dispute continues to occupy so much of the time of the international community… “It must be recognized by both countries that the problem of Kashmir cannot be settled unilaterally by either party. It can only be settled, as I say, by agreement and compromise, taking into account the free expression of will of the people concerned.”

It’s, therefore, clear that Kashmir needs a strong and determined will and the genius of an imagination that has the negotiating skills and knows how to bring people together.  The people of Kashmir still believe that there cannot be a better agency than the Secretary General of the United Nations himself to mediate or facilitate between the parties concerned. Secretary General has no ambition to assert dominance while as great powers do. Mediation by the Secretary General would be free from the jealousies and the ambitions that characterize individual initiative. The Secretary General will have to remain under no obligation to please any particular power or particular set of powers or groups. Yes, there will be resistance from India but if India is impressed with what she would gain by a just settlement of the Kashmir dispute, her negativity may not be insurmountable.

But persuading India may take time. In the interim, several measures should be taken to ease the misery and tensions of the people of Jammu & Kashmir. Human rights organizations should be given greater access. India’s occupation forces should be thinned. All political prisoners should be released. Emergency laws which give India’ army immunity for human rights crimes should be repealed. Domicile law which is designed to change the demography of Kashmir should be revoked. There should be freedom of speech, expression, opinion, and assembly given to all peoples irrespective of their political beliefs.