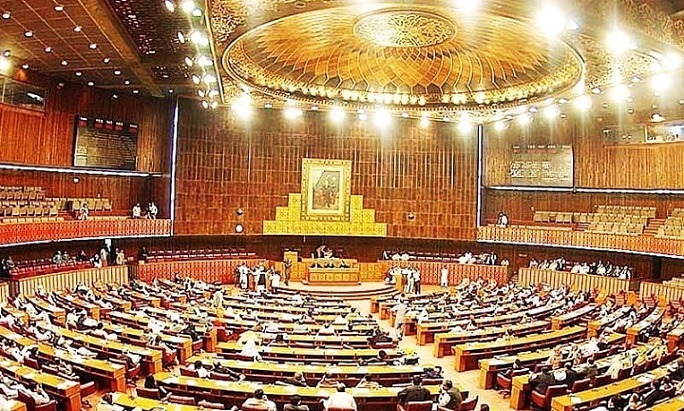 ISLAMABAD: The Senate transacted its entire agenda on Tuesday and started discussion on the presidential address to the Parliament, says Free and Fair Election Network (FAFEN) in its Daily Factsheet

Following are key observations of the proceedings during the 3rd sitting of 306th session: The House witnessed presentation of ten reports by various Committees on matters and legislative proposals referred to them.

Minister of State for Parliamentary Affairs responded to a Calling Attention Notice regarding vacant seats of Chairman and members of the Council of Islamic Ideology.

Two lawmakers participated in debate on a Motion of Thanks to the President for his address to the Parliament. They spoke on it for 15 minutes.

Five lawmakers spoke on as many points of public importance for 53 minutes. The House was adjourned to meet again on January 29, 2021 (Friday) at 1030 hours.

The House witnessed introduction of four private members’ bills which were referred to the relevant standing committees after their introduction in the House. These bills were The NCS-Institute of Sciences Bill, 2020; the Ibadat International University Islamabad Bill, 2020; the Legal Practitioners and Bar Councils (Amendment) Bill, 2020 (Section-5 and Schedule-II) and the Prohibition of Kite Flying Bill, 2020.

The House did not consider 18 other private members’ bills, five motions under Rule 259, two resolutions, 37 reports of standing committees, amendments to rules of procedure and conduct of Business in National Assembly 2007, two matters of urgent public importance and a Calling Attention Notice.

On other hand, Punjab Assembly Defers Half of its Agenda, Adopts Three Resolutions. The Punjab Assembly adopted three private members’ resolutions and deferred half of its agenda on Tuesday, observes Free and Fair Election Network (FAFEN) in its Daily Factsheet.

A bill – the University of Faisalabad (Amendment) Bill 2021 – was deferred.

The House adopted two resolutions demanding the federal government to contact with Google and Wikipedia management to curb propaganda against caliphs of Islam and to declare District Chakwal as tourist destination.

Tabled by a PTI lawmaker, the House adopted a supplementary resolution for naming Kahuta Azad Pattan Road in the name of MPA Muneera Yameen Satti Road who recently died due to coronavirus.

Two resolutions on the agenda were withdrawn by their movers while one was disposed of due to absence of mover.