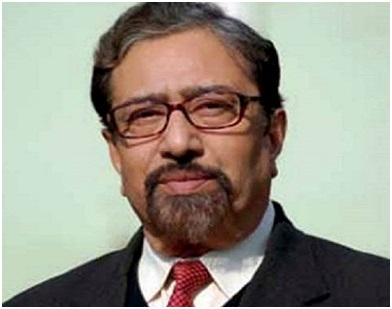 New Delhi: Prof.Bhim Singh, Senior Advocate of Supreme Court of India who remained a close friend and even joined him in teaching law in Delhi University expressed deep shock on the death of Prof. Riyaz Punjabi yesterday, in Delhi. Prof. Bhim Singh has been close associate with Prof. Riyaz Punjabi even though they were teaching in the same institution in Delhi for some time. They have been very close in working out a democratic and secular movement in Jammu & Kashmir.

Prof.Riyaz Punjabi had also experienced several pushes and pressures in J&K also. He was granted the Padmashree, one of India's highest civilian awards in 2011. In 2008 he was granted an honorary professorship at the International University Vienna for his contribution in ‘Strengthening International Relations in the Sphere of Education’. He also won the Amity Academic Excellence Award from Amity International Business School in 2009, the Fazil Memorial Award in 2009 and the Adbi Markaz Kamraz Award in 2010.

Prof.Riyaz Punjabi wrote extensively in the field of Kashmir studies. Through his publications, public lectures and discussions he projected the syncretic culture of Kashmir Valley. He described the spiritual continuity of different faiths in Kashmir which culminated in the form of Kashmiriyat in Kashmir. His article ‘Kashmiriyat: The Mystique of an Ethnicity’ published in the India International Centre quarterly in 1990 was translated in several Indian languages and reproduced in several national and international publications.

He also authored several articles on Sikh faith. He worked on the spiritual content of Guru Granth Sahib.

The Panthers Party held a condolence meeting at Jammu praying for peace to the departed soul in heaven.