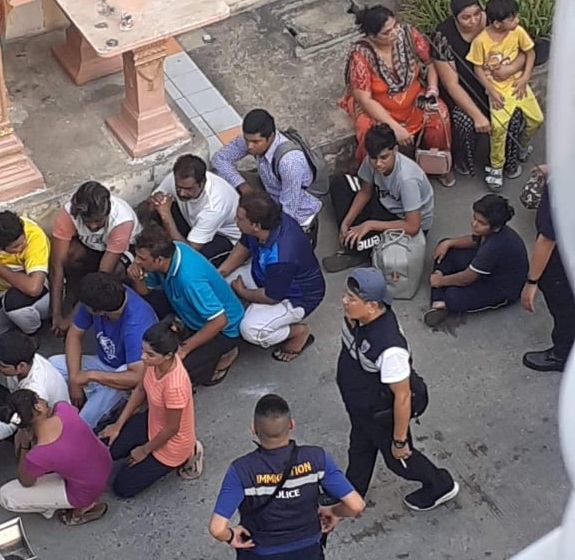 WASHINGTON, DC: The Baloch American Congress (BAC) Thursday expressed anguish that yet another Eid, — Muslim Christmas— was observed Thursday with tearful eyes by thousands of Baloch families whose loved ones have been forcibly disappeared by Pakistan’s secret services.

“What kind of Islamic country is Pakistan that Muslims all over the world are celebrating Eid and people in Balochistan are crying for their loved ones,” BAC president Dr Tara Chand said in a statement Thursday. “Before shamelessly talking about the Ummah (Global Muslims) in Palestine and Kashmir, Pakistani leaders should first answer for their black deeds in Balochistan.”

He pointed out that Eid has become a day of stark reminder that pursuit of happiness is being denied to Baloch people in Pakistan.

He said on the day of Eid families of victims of enforced disappearances were once again seen protesting outside the press clubs in Quetta and Karachi.

“It is heart-wrenching to watch mother of Jahanzeb Baloch standing outside the Quetta Press Club with a new pair of clothes on Eid day for her beloved son, who was forcibly disappeared by the secret services from Quetta, capital of Balochistan, May 3, 2016. The mother has been doing this for four years in a row in the hope her son will return home on Eid day but in vain,” he lamented.

Pointing out to Prime Minister Imran Khan and his wife Bushra Maneka’s visit to Saudi Arabia this week, he said Pakistan leaders go on holy pilgrimages to Mecca for atonement of their sins but “I doubt this is possible  as long as more than 5,000 victims of enforced disappearances remain captive in Pakistan torture cells.”

Pakistani authorities have released a few dozen victims of enforced disappearances in recent weeks but the fate of thousands of others remains unknown.