Palestine partitioned by UN in 1947, now being demolished by Israel 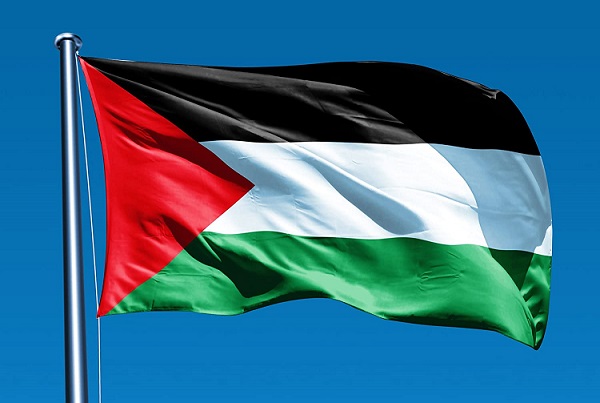 New Delhi: ‘’There were only 56 Members of UNO when in November 1947 Israel was created by dividing Palestine, India and Iran were among those countries which opposed the division of Palestine in 1947. Gaza was given a separate status whereas Jerusalem was converted into an autonomous body. Western Jerusalem was handed over to Zionist Israel. Entire Palestine was under British control after Britain became partners with the USA in winning World War-II. Entire Palestine including Jordan were given as a mandate to Great Britain as well as USA both Permanent Members of the Security Council used 56 Members United Nations to partition Palestine which was opposed by India and Iran but the USA and Britain both under the heavy influence of Zionist Bloc managed to partition Palestine. After partition one-third Palestine was acquired by UN mandate in 1947. Nearly half of Palestine was grabbed by the Zionist of State of Israel after two heavy wars against Egypt and entire Palestine. It was after a strong political battle that Israel was forced to about one-third of Palestine. It was at a later stage when with the strong political support inside the United Nations by India and some other countries Israel was forced to vacate the West Bank and Ram Allah as well as Gaza Strip. I was invited by Yasir Arafat to visit Palestine Headquarters and meet Yasir Arafat at Gaza. I also visited to meet Yasir Arafat in Ram Allah. The day Yasir Arafat was buried in Ram Allah. I also reached Ram Allah to pay him last homage. Arafat could never visit Gaza after he had moved to Ram Allah. When Arafat was sick in Ram Allah and confined to bed on the second floor of detention, he was removed to France where he expired. He was brought back to Ram Allah and buried with honour. This was the end of the great movement, PLO with Arafat. Palestinians have been suffering with no support from the present government of India for the reasons everybody can guess himself/herself. Palestine is passing through the most tragic time in its history. Arab League has disappeared and the Non-Aligned Movement is gone with the wind. Palestine shall live in the history where Ibrahim to Christ were born where Prophet Mohammed prayed for the first time in Al-Aqsa, Jerusalem, Palestine.’’

This was statement released by Prof.Bhim Singh, President, J&K National Panthers Party from Jammu and Kashmir for the information of the new generation that the Great India of which we are citizens appears to be shaking. India was among those countries who have achieved only political freedom in November 1947. India was only three months old when this international crises emerged when one of the oldest nations in the world say Palestine was partitioned by Zionist Bloc which had no state anywhere in the world.

Zionist Bloc which was founded somewhere in Switzerland has no state or a country anywhere in the world. The Zionist got sympathy with the Jewish community and claimed Israel in Palestine. Prof.Bhim Singh who had travelled the whole world on motorcycle (about 144 countries) on peace mission from 1967 to1972. He also wrote his book on the documents on which the State of Israel was created. This was the thesis of Prof.Bhim Singh's book on how the State of Israel was created in November 1947 in the name of the United Nations which has only 56 Members. India and Iran were among the 11 countries which opposed partition of Palestine. It is India which has the role to work out world peace mission and peace in Palestine. It is only India which could have played that role. Since Modi became Prime Minister now 1.36 billions people of India could only hear the RSS Chief in the Govt. bulletins of AIR and DD. The world is facing Covi-19 pandemic whereas the citizens of India today are facing another Covid-19. That is the dictatorial government of Modi sahib. The United Nations should take up issue of Palestine in its hands directly and  undo the blunders committed  by earlier 56 Members of United Nations in 1947 by partitioning Palestine where Lord Ibrahim to Christ were born where Prophet Mohammed  (namaz) in Al-Aqsa (Qibla-e-Awal), Palestine.