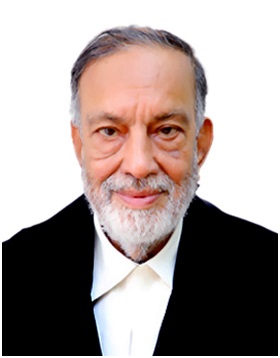 New Delhi: “A highly sensitive and serious issue has been raised by a sitting Member of Parliament from Kerala Mr. Hibi Eden on Lakshadweep, which deserves an urgent attention of the President of India because this issue has created a confusion among the parliamentarians and the law-makers about the constitutional relationship of Lakshadweep with Kerala state and about the appointment of Mr. Praful Khoda Patel as Administrator of Lakshadweep. This issue is very ticklish and serious concerning the integration of Lakshadweep with the Union of India. The Congress MP has taken up this issue and in his representation to the President of India deserves urgent and immediate intention of Parliament of India. What is the citizenship right of the residents of Lakshadweep? Are the residents not citizens of India? Can the fundamental rights guaranteed in Chapter-III of the Indian Constitution be changed or amended or scrapped by the so-called Administrator of an Island, Lakshadweep? Why is the Lakshadweep not made an integral part of the State of Kerala? These questions need to be answered by the Parliament of India. It is only Mr. Ramnath Kovind, the President of India who may be obliged to consider these issues raised in the letter by sitting Member of Parliament, Mr. Hibi Eden”.

Prof.Bhim Singh, President, J&K National Panthers Party, Sr. Advocate, Supreme Court of India & Master of Laws with Distinction from London University has urged the President of India to kindly consider the representation of a Congress MP from Kerala on this issue. He has urged the President to take all Islands as unit, integral part of the adjoining province in the Union of India. Why Lakshadweep should be allowed to be used as a toy in the hands of a power hungry political party which was headed by the former Prime Minister of India, Mr. Atal Bihari Vajpayee. Prof.Bhim Singh reminded the Members of Parliament including that of BJP to follow the principles of National Integration which were strictly followed by BJP Prime Minister, Mr. Atal Bihari Vajpayee.

Prof.Bhim Singh has urged the secular, nationalist and socialist committed Members of Parliament to take this issue urgently so that there should be no separate units like Union Territories or separate Islands because it is one Constitution, one Nation and Fundamental Rights are applicable to all citizens of India whether Ladakh, J&K or Lakshadweep. No minor administrator of any unit is empowered to destroy/change/rewrite any of the fundamental rights of Indian citizens. A panchayat member in Lakshadweep, Kashmir, Nagaland or anywhere else has the same fundamental rights anywhere in the country. A petty administrator of Lakshadweep cannot change the Election Rules of any member of panchayat, MLA or Member of Parliament.

It is horrific, undemocratic and against equality guaranteed by the Constitution. It is also senseless to say that people with more than two children cannot contest panchayat elections. The Prime Minister should leave everything else in the hands of his able cabinet and have a ‘heart to heart’ talk with his Lakshadweep Administrator to stop erasing the Constitution of India and bringing bad name to him to the Central Govt. and the party which was once led by great Atal Bihari Vajpayee.

In Memory of Maharani Yasho, Professor Bhim Sing said, Maharani Yasho Rajyalakshmi was born in Nepal as a Rana Princess to the family of the last Rana Mohan Shamser Jung Bahadur. She married Dr Karan Singh in 1950. For a period of more than 17 years after her marriage, Maharani Yasho Rajyalakshmi happily undertook the responsibilities of being the wife of the Head of State (Sadar-e-Riyasat). Many people in Jammu, Kashmir and Ladakh and even in POK still remember the dedication and seal with which she did relief work in different areas of J&K. She was a kind and compassionate woman who did a lot of Social work. Her one of the major contributions was the creation of ‘Delhi Society for the Welfare of Mentally Retarded Children’. As a result of her initiative and dedicated fund raising efforts which essentially included a substantial personal contribution, a grand institution was set up. This institution now caters to over 300 mentally retarded children with a sheltered workshop, a vocational training centre, a diagnostic clinic and latest other rehabilitation facilities. At the moment it is a premier institution of its kind in the country.

Though born and brought up in Nepal, she was quick to pick up Dogri language, recognized in 10th Schedule of the Indian Constitution as one of the recognized languages in J&K. She was fluent in Hindi, Dogri and even in Kashmiri besides English. She assisted Dr. Karan Singh at many occasions in social and even political gatherings in India and abroad.

Prof.Bhim Singh, President, J&K National Panthers Party & Sr. Advocate, Supreme Court of India had a chance to see Maharani ji in 1962 when he was released from prison.  Prof.Bhim Singh conveyed in his touching message on this occasion to Maharaja Dr. Karan Singh with a hope that Maharaja Karan Singh shall succeed in the great mission which Maharaja Hari Singh had given to him to fulfill to serve the people of J&K in particular.