American Sikh Council (ASC) horrified by the murder of schoolchildren in Uvalde, TX 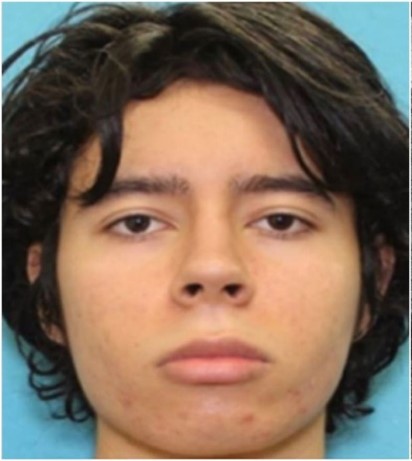 Texas: The American Sikh Council (ASC) is shocked and at a loss for words to truly convey the disgust at the crimes committed by an eighteen-year-old Salvador Ramos, who slaughtered 19 innocent children and two school teachers at the Robb Elementary School after barricading himself inside a single classroom in the town of Uvalde, TX on May 24, 2022.

According to Lt. Christopher Olivarez of the Texas Department of Public Safety who sated on the NBS’s ‘Today Show’, “Law enforcement officers eventually broke into the classroom and killed the gunman, who used an AR-style rifle. Police and others responding to Tuesday’s attack, also went around breaking windows at the school to enable students and teachers to escape.”

Apparently, the attacker Salvador Ramos, was a resident of the community about 85 miles west of San Antonio. According to media reports, there were alarming posts on social media in the days and hours before the massacre, that appeared to belong to Ramos who seemed to hint at plans for violence.

The American Sikh Council (ASC) conveys its deepest condolences to the innocent victims and their loved ones who died in Tuesday’s massacre at the Robb Elementary School, Uvalde, TX.

All communities regardless of their faith, must come together with vigor to take action against the use of assault weapons. These ongoing mass killings are a mockery of our nation which has always been considered a haven for safety by millions around the world but now has become the most unsafe locale for school going children.

American Sikh Council (ASC) President Jasbir Kaur stated, “As a seasoned educator in a large district, I am really anxious and concerned that if our children are not safe inside our schools, then it is a very sad commentary on our overall system. Our legislatures must be taken to task for their irresponsibility and continued procrastination regarding sensible gun legislation. Our heartfelt condolences and prayers to the victims and their families.”

We beseech all Americans to join hands in order to change and reduce the cyclical violence due to assault weapons brought about partly due to an overreaching gun culture and those representatives who have lost their moral ethics due to partisanship. At a bare minimum there must be extensive background checks and raising the minimum age at the federal level to mitigate this mayhem. This anarchy must stop today!

The American Sikh Council (ASC) is shocked by the horrendous crimes committed against thirteen innocent victims who were shopping and some employed at the Tops supermarket in Buffalo, NY on May 14, 2022 at approximately 2:30 pm.

Apparently, the gunman killed 10 people and wounded three others at the Tops Friendly Markets store in a predominantly Black neighborhood in Buffalo, NY. Officials state, that eleven of the people who were shot were Black and two were White. According to the Buffalo police, victims’ range in age from 20 to 86. Among the deceased was a former police officer who tried to stop the shooter.

The shooter has been identified as Payton S. Gendron, an 18-year-old from Conklin, NY, who purportedly wrote a 180-page White supremacist manifesto online, and then traveled about 200 miles to the store while livestreaming the mass murder.

ASC extends its deepest condolences to the victims and their families of those involved in Saturday afternoon’s murderous spree at the Tops Friendly Market.

Saturday's attack is supposed to be the worst mass shooting this year in our nation and mass shooting events occur frequently with no end in sight.

Less than a day after the attack in New York state, one person was killed and five were injured in a shooting at a church in Laguna Woods, Orange County, California.

According to news reports, the gunman was a Chinese immigrant apparently motivated by hatred for Taiwanese people. The congregants tackled the gunman and hogtied him by using an extension cord. A young physician charged the gunman to save others and died in the bargain. The injured range from 66 to 92 and mostly men.

In a space of two days, two mass murder events have taken place across the country. The white supremacist ideology and a general heightened sense of hate rhetoric of minorities cannot be tolerated.

All communities regardless of their faith, must come together to force our legislatures to take action against the use of semi-automatic weapons. It is a travesty that the greatest nation has the most random mass murders in the western hemisphere with no end in sight. Our nation’s leaders need to seriously consider more comprehensive background checks and possibly a psychological exam, before any sale of assault weapons and standardize the law to mitigate this ongoing mayhem.

American Sikh Council (ASC) Vice-President Dr. Manbir Singh stated, “Our deepest condolences to the victims and their families. All concerned Americans of all traditions and backgrounds must unite for sensible gun legislation, because there is no guarantee that any one of us could not be the target for the next random killing.”

We implore and hope that all Americans help make a change to reduce the violence due to assault weapons brought about partly due to an overreaching gun culture. There must be a national debate to bring about a reasonable balance between our second amendment and the continuing violence at the ground level.

The American Sikh Council is the umbrella organization representative of Sikhs in the United States. It is an elected body of Sikh Gurdwaras and institutions. Currently 74 Gurdwaras and other Sikh institutions across the nation are members of ASC. The major governing purpose of the organization is to represent the collective view of Sikhs in the United States. ASC works to promote Sikh interests at the national and international level focusing on issues of advocacy, education, and well-being of humankind.