Voice for Peace and Justice welcomes Pilgrims at Mata Kheerbhawani. 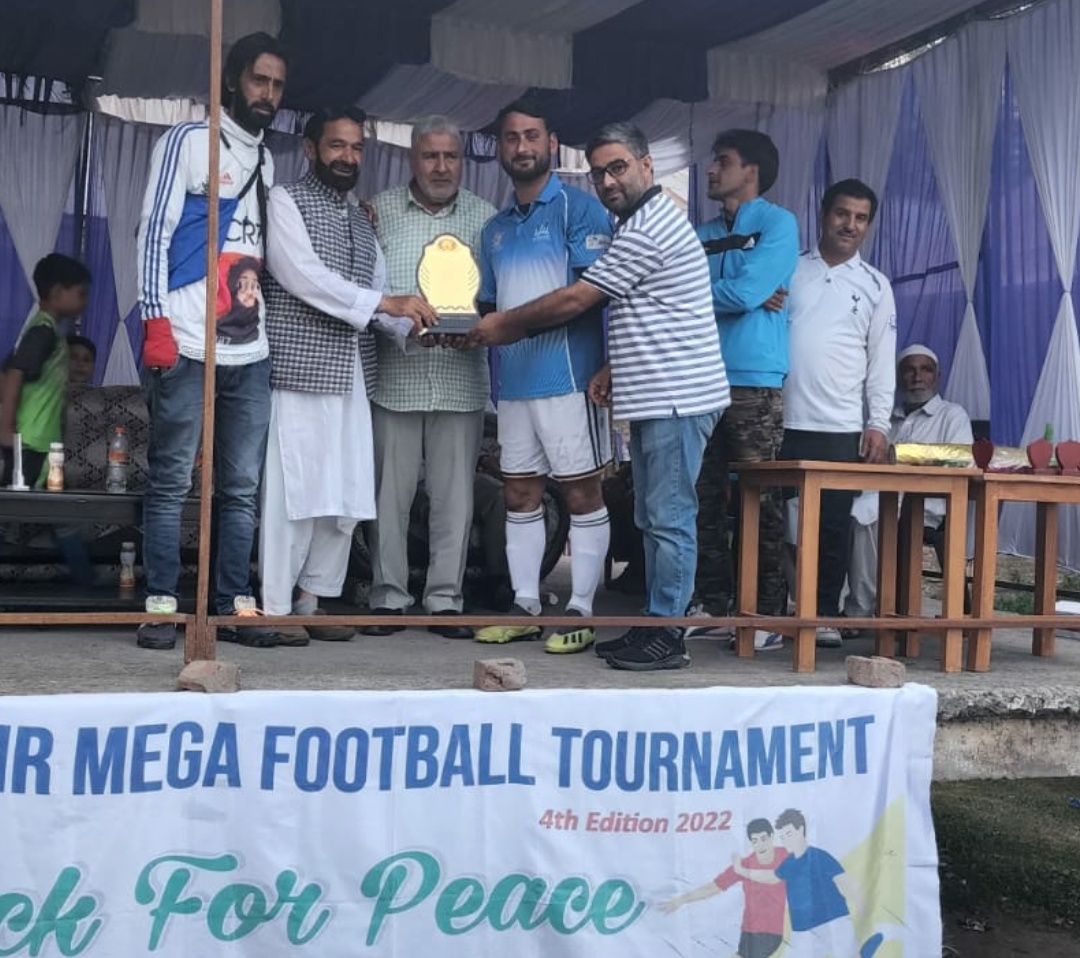 Srinagar: The annual Mata Kheer Bhawani mela at the famous Ragnya Devi temple, one of the biggest religious functions of the displaced community, is being observed on June 8 after a hiatus of two years owing to COVID-19 outbreak.

The voice for Peace and Justice, today welcomed the pilgrims at Mata Kheerbhawani at Tullamullah Ganderbal. The said organization distributed water, juice and roses as gesture of communal harmony, brotherhood and peace.

President for Voice for Peace and Justice, Farooq Ganderbali while felcitating the pilgrims said, Kashmiri Pandits are part and parcel of our lives, unfortunately the extremism and terrorism created a wedge between the communities but we are incomplete without one another. we shouldn't rely upon adminstration only to maintain peace in Kashmir, instead, we should contribute our part as well. He added.

The biggest football event of the season, Kashmir Mega Football league was kicked off by Voice for Peace and Justice in a grand opening event at Bandipora district of Kashmir on June 5th. The exhibition match was played between Football club Srinagar and Hajin Bandipora.

Guests in their addresses applauded the role of Voice for Peace and Justice for actively working in promotion of sports, eradication of drug menace, de-radicalization and all other sectors.

Sheikh Minhaj, General Secretary of Voice for Peace and Justice in his address to the players and spectators said, “Our Organization is committed to engage our youth in different activities which will prove beneficial for them in future. Uncertainty in Kashmir ruined generations here; we must work to safeguard our youth by engaging them in different mainstream activities rather than pushing them to the walls of uncertainty. He added.

While as Farooq Ganderbali, a renowned social activist and president of Voice for Peace and Justice in his speech said, various forces are trying to alienate our youth we must stand against all these forces in order to provide a viable environment to our youth to rise and shine. We are working relentlessly to eradicate the sense of alienation among the youth of Kashmir. We have many youth inspirations in Kashmir who are representing the whole nation at International platforms; our youth must follow them in order to succeed. He added.

It is pertinent to mention that the matches of Kashmir Mega Football Tournament will be played in different stadiums valley wide and football clubs across the Kashmir will participate in the league.