Washington, DC: Today – October 24 – the United Nations is commemorating the ratification of the UN Charter. On this occasion, Antonio Guterres, the SG of the UN, in his message to the world said, ‘more than ever, we need to bring to life the values and principles of the UN Charter in every corner of the world.’ I am reminded here the inspiring quote of Dag Hammarskjöld, then the Secretary General of the UN (May 1954) “The UN was not created to take mankind to heaven, but to save humanity from hell.”

Dr. Ghulam Nabi Fai, Chairman, World Forum for Peace and Justice said on this occasion that if we were to judge the UN based upon its history of involvement in efforts to resolve international conflicts, the simplest answer is that it has been an enormous failure. The UN of course is a far more complex organization whose work covers such a wide range of activities that conflict resolution is only a small aspect of its work. Nevertheless, if we consider the fact that its fundamental mission in being created was to be a means of preventing global catastrophes like the Second World War, then conflict resolution would have to be considered Job one.

Fai added that “the people of Kashmir are dismayed by the lack of action by the world powers to help stop the carnage and by their virtual indifference to the situation in their land. The disparity between their inaction and their repeated assertion that the protection of human rights and encouragement of democratic solutions are their major foreign policy goals is hard for Kashmiris to understand. Nevertheless, the people still have confidence that world powers will realize that what is at stake in the dispute is not only the survival of the people of Kashmir, but peace in the populous region of South Asia and also the basis of a civilized worldview.”

“The words of Mr. Antonio Guterres, the Secretary General of the UN that ‘Kashmir issue should be resolved under UN Charter and applicable UN Security Council resolutions’ have given the millions of Kashmiris encouragement.  However, Secretary General has not let his moral weight serve the cause of peace, prosperity, and democracy in Kashmir as of now.”

Dr. Fai emphasized that the people of Kashmir have suffered long and needlessly because of this brutal conflict. They demand and they deserve peace with dignity. How long will the world watch in silence as India carries out the genocide of the people of Kashmir? This is a question not only Kashmiris are asking but even Dr. Gregory Stanton, Chairman, Genocide Watch is asking today.  Please, Mr. Secretary General, come to their aid and persuade India to stop the killings, end its repression and fulfill its promises so that a new era of goodwill, peace and prosperity can dawn in the Subcontinent – home to one-fifth of total human race. 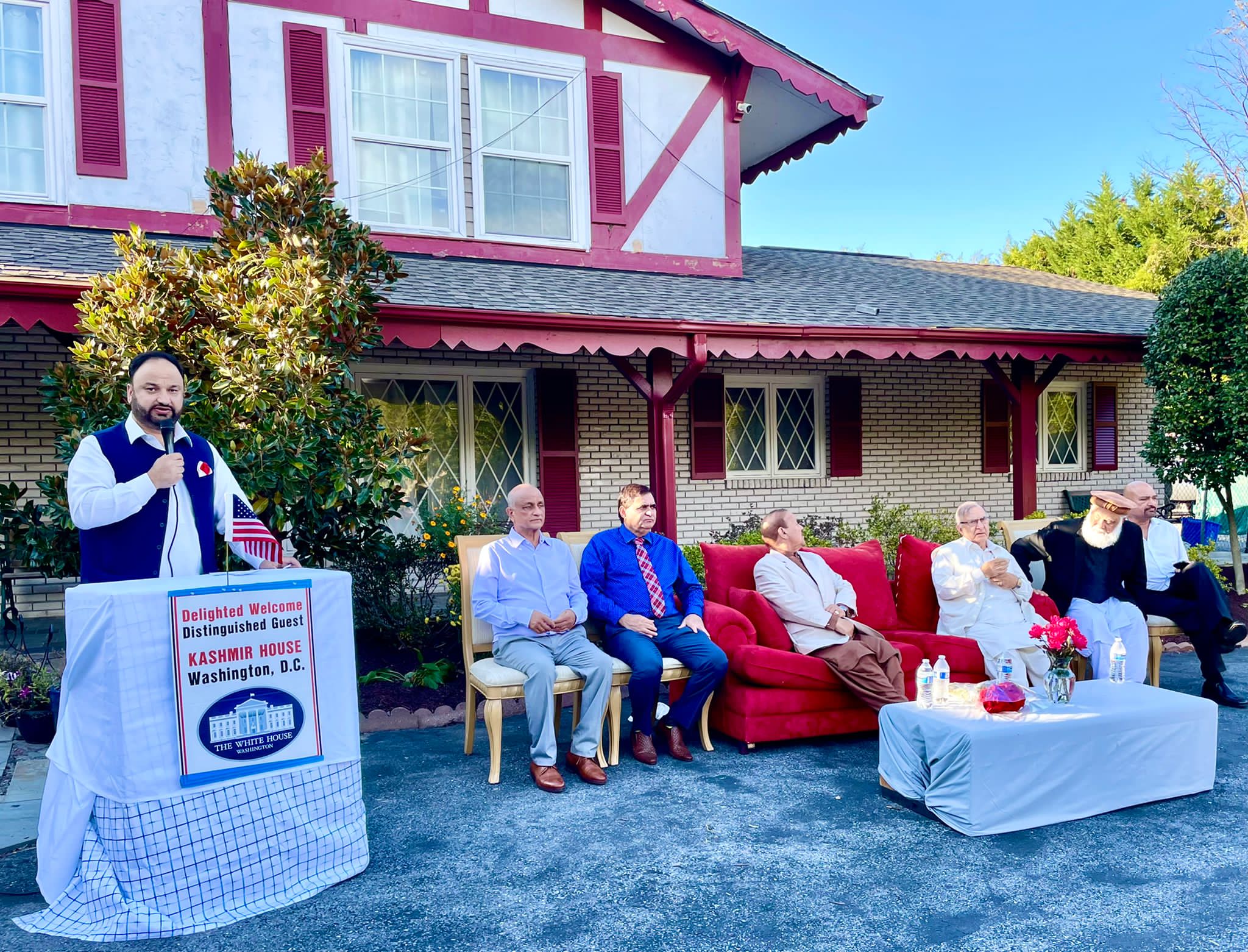 Washington, DC.: “Kashmiri diaspora has played an important role in mobilizing the global public opinion in favor of the situation in I